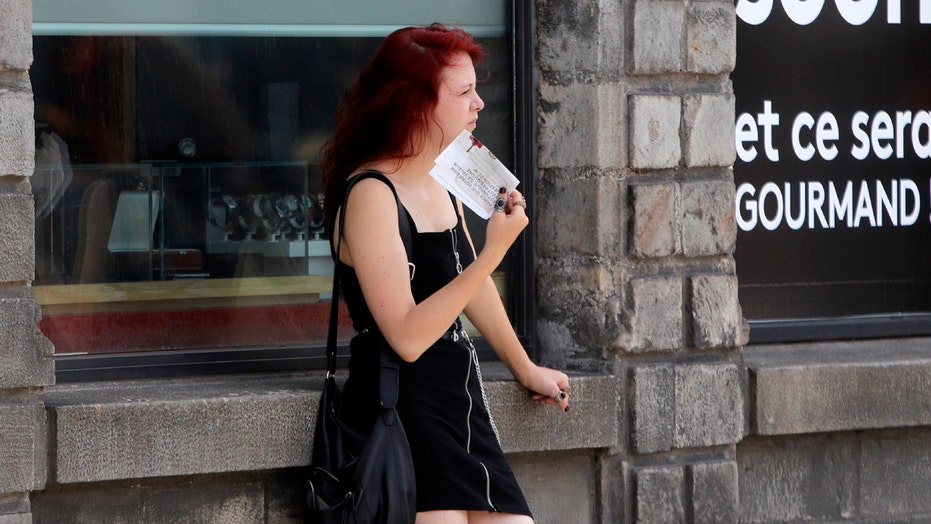 As the action heats up on the field at the Women's World Cup in France, a potentially record-setting heatwave is expected to blast continental Europe this week that has authorities fearing a repeat of the 2003 scorcher that killed thousands.

Meteorologists have placed more than a half of France, including Paris, on alert for high temperatures through the end of the week when temperatures may reach up to 104 degrees Fahrenheit across parts of the country as summer tourist season shifts into high gear.

"It will be very hot during the day, there will not really be any coolness at night and we will have very high temperatures almost never seen before in fact probably in June in France,”  Meteo France forecaster François Gourand told France 24.

In Paris, charity organizations patrolled the streets to provide homeless people with water, while local authorities organized air-conditioned public places where people could seek shelter from the heat.

Authorities in the Paris region have issued an alert for intense heat expected in the French capital and across Europe this week. (AP Photo/Michel Spingler)

The mayor's office also installed more than 1,000 drinking fountains across the city and placing the retirement homes and hospitals throughout the region on alert to protect the most vulnerable.

"As you know, at times like these, sick people, pregnant women, infants, and elderly people are the most vulnerable," French President Emmanuel Macron said Monday. "So we must be vigilant with them and have prevention measures in place in order to intervene as quickly as possible."

French health minister Agnes Buzyn said "everything is ready" but warned that there is "always a higher mortality rate" in vulnerable people, despite preparations, according to Sky News. Exams have also been postponed on Thursday and Friday when the heatwave is expected to peak out of concerns it would be too hot for students in schools.

International soccer federation FIFA could also face implementing heat precautions at the Women's World Cup, which France is hosting. The precautions include holding cooling breaks during matches and postponing games if the heat is too intense.

Birds fly by as the sun rises in Frankfurt, Germany, Monday, June 24, 2019. Germany expects hot temperatures during the next days. (AP Photo/Michael Probst)

Women's World Cup matches are scheduled every day this week, except Wednesday and Sunday. Luckily, most were set to be played at night.

When the U.S. team faces France on Friday at 9 p.m. local time, they will avoid most of the extreme heat of the day but still face temperatures around 86 degrees at kickoff, according to AccuWeather.

The extra precautions come after a long, deadly heatwave in August 2003. The highest temperatures in more than half a century eventually were estimated to have caused 15,000 heat-related deaths, many of older people left in city apartments and retirement homes without air conditioning.

A children plays and cool-off as water sprinkles from a fountain, in Milan, Italy, Monday, June 24, 2019. (AP Photo/Antonio Calanni)

In direct response to that disaster, France implemented a warning system.

Meteorologists said hot winds from the Sahara Desert have brought the scorching weather to Europe. Similar heat is expected in Belgium, Switzerland, and Germany.

Rescue services urged people to look out for young children, the elderly and those with compromised immune systems who are at particular risk in high temperatures.

Parts of northeastern Germany are also at high risk for forest fires. Authorities in the eastern state of Brandenburg, which circles Berlin, say the risk of forest fires is at the highest level in the coming days.