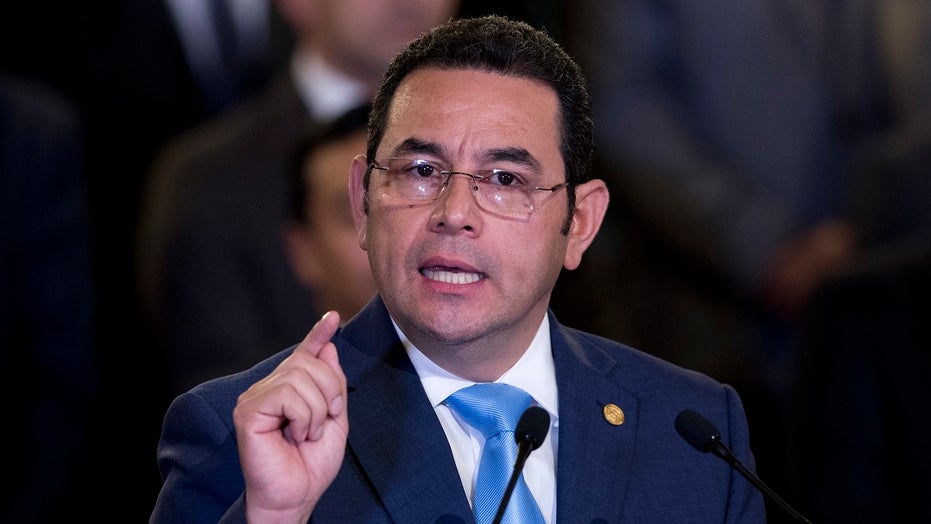 Outgoing Guatemalan President Jimmy Morales on Wednesday said his government hasn't agreed to receive Mexicans seeking asylum in the United States, which would expand a Trump administration program that already applies to asylum-seekers from El Salvador and Honduras.

“It's more than clear; in the agreement it only lays out Salvadorans and Hondurans,” Morales said, adding that American officials would need to address the issue with his predecessor after his presidency ends next week.

“The United States has talked about the possibility of including Mexican nationals, but that they have to discuss it with the next government," he said. "In the last visit we made to the White House with President Trump we were clear saying that that negotiation had to be done with the new government.”

Outgoing Guatemalan President Jimmy Morales says his government has not agreed to receive Mexicans who had sought asylum in the United States. Morales, whose presidency ends next week, said that he had told U.S. officials that would have to be negotiated with his successor. (AP Photo/Moises Castillo, File)

In an effort to curb the number of migrants showing up at the southern border, the U.S. began making many wait out their cases in Mexico. Under agreements with Guatemala, Honduras and El Salvador, the U.S. can send certain asylum-seekers there in an effort to deter migration at the border.

The majority of migrants come from Central America, with many fleeing violence and poverty. The U.S. argued migrants should request asylum in the first country they enter, not at the U.S.-Mexico border.

The Department of Homeland Security announced last month it had reached a deal with Guatemala to take in Mexican asylum-seekers as part of a "safe third country" pact signed earlier this year.

"The United States and the Government of Guatemala are working closely together to continue implementation of the Asylum Cooperative Agreement,” Acting DHS Secretary Chad Wolf said in a statement at the time. “As we fully implement the agreement, all populations are being considered, including Mexican nationals."

In recent days, guidance was sent to U.S. asylum officials saying Mexican nationals would be deported to Guatemala under a bilateral agreement with the country.

Critics have expressed concerns about such agreements, claiming vulnerable migrants could face danger in countries unable to protect them. The U.S. has sent 94 asylum-seekers from El Salvador and Honduras to Guatemala. Six decided to still continue the process while the rest returned to their countries.

Ken Cuccinelli, the acting deputy secretary for Homeland Security, on Monday seemed to confirm the policy in response to a BuzzFeed News story.

"The headline is true. I didn't read the rest of it..." he tweeted.

Mexican Interior Secretary Olga Sánchez Cordero said Tuesday the plan "would be an act contrary to international law and the bilateral relationship" via Twitter.