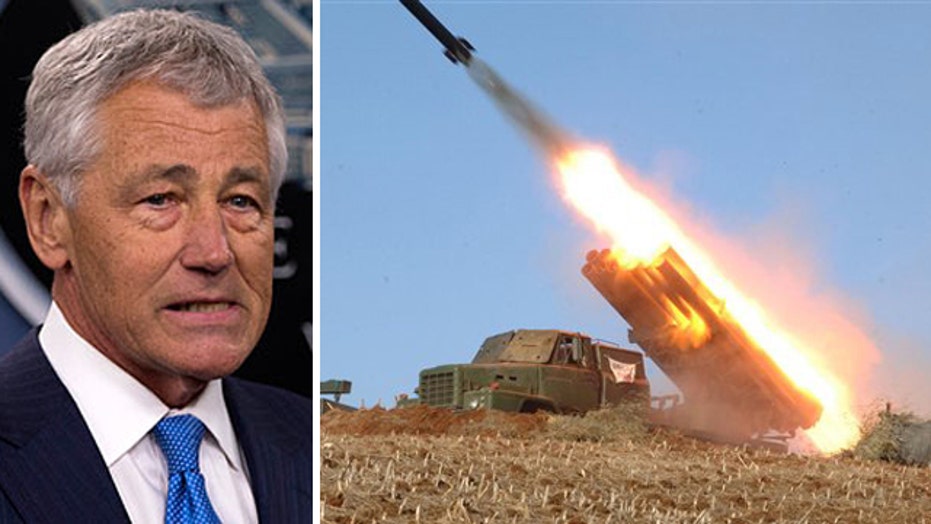 US plans missile defense in Guam amid North Korea threats

HAGATNA, Guam — Residents of the U.S. territory Guam say they're afraid after being caught in the middle of rising tensions between President Donald Trump and North Korea, but Gov. Eddie Calvo reassured his constituents that there is no threat to the island.

The North Korean army said Wednesday it's examining operational plans for attacking the island, a military hub about 1,500 miles (2,400 kilometers) south of Tokyo in the Pacific Ocean.

"An attack or threat to Guam is a threat or attack on the United States," said Calvo, who said he spoke with White House officials Monday morning. "They have said that America will be defended."

North Korea said it mastered a crucial technology needed to strike the U.S. with a nuclear missile. In response, Trump threatened the communist country "with fire and fury."

"I'm a little worried, a little panicked. Is this really going to happen?" said Cecil Chugrad, a 37-year-old bus driver for a tour bus company in Guam. "If it's just me, I don't mind, but I have to worry about my son. I feel like moving (out of Guam) now."

Todd and Mitch Thompson, two brothers who are both lawyers on Guam, said they haven't seen anyone panicking or stocking up on supplies.

"I think people are just stunned and really don't know what to think," Todd Thompson said.

North Korea made a similar threat a few years ago.

"I sort of laughed it off because I figured cooler heads in Washington would prevail, and it was just an idle threat," he said. "But I have to say, I'm not laughing now. My concern is that things have changed in Washington, and who knows what's going to happen?"

Mitch Thompson added he believes "a lot of people have no confidence that the White House will do the right thing under the circumstances."

Both brothers plan to be off-island in the coming weeks.

A travel agent on Guam said they haven't had a surge of customers seeking to book flights off the island.

"It's not bad at all, no chaos," said Mariah Sablan, who works for Golden Dragon Travel Inc. "It's just like a regular business day."