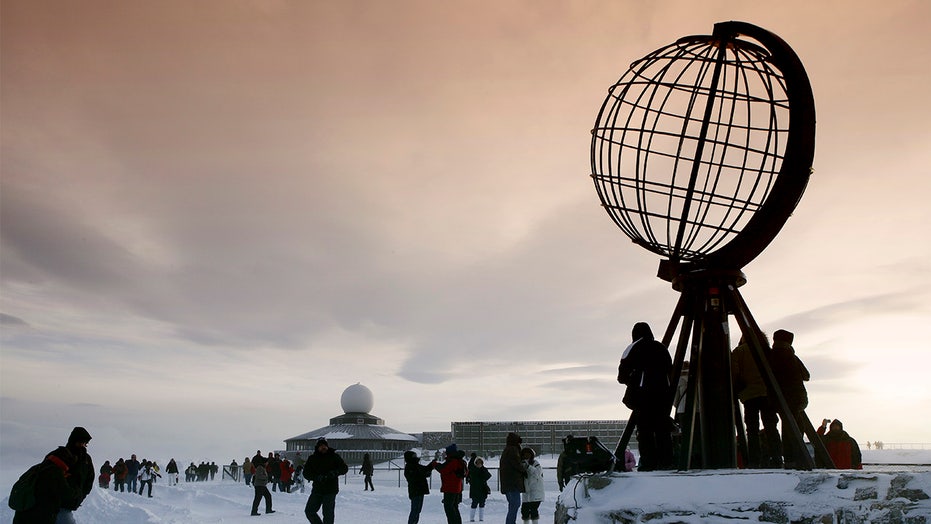 Catfish or call for help?

A German thrill-seeker on a trip through Europe turned to a popular dating app as a tool for help after extreme weather caused her camper to get dangerously stuck on the side of a mountain in northern Norway.

Lonia Haeger, a self-proclaimed “adventure hunter,” was traveling to Lofoten after visiting the North Cape, located on the island of Magerøya, when she and a fellow traveler found themselves trapped on an icy mountainside.

“Just after 30 minutes driving down of the North Cape, it started raining...the street iced up that we even couldn’t stay on one point!” Haeger said in an Instagram post. “The worst, we stopped in front of a mountain going down, next to the street just ocean and big rocks and we stoped (sic) exactly behind a curve…”

Haeger said she felt “helpless against Mother Nature” and she was concerned that at any moment another car traveling down the hill would crash into them or worse, that her camper might slide off the cliffside into the waters below.

That’s when Haeger’s friend Phil came up with the idea of looking for help on Tinder.

“Phil had the weird but actually genius idea to create a tinder account with me and this fluffy cutie,” Haeger wrote in a separate post that showed her with a dog.

Haeger said he “shaped lines in the ice” for their camper and took them to a parking lot where he fixed their tires with spikes the following day.

She thanked Lauluten for his help, calling him “our hero.”

He responded saying: “I’m glad I could help you guys! Have a nice trip, And stay safe on the iceroads of Norway."

Before her epic adventure, Haeger said she spent three days driving through Germany, Denmark, Sweden, and Finland before they reached the North Cape, which is considered the northernmost point in Europe.