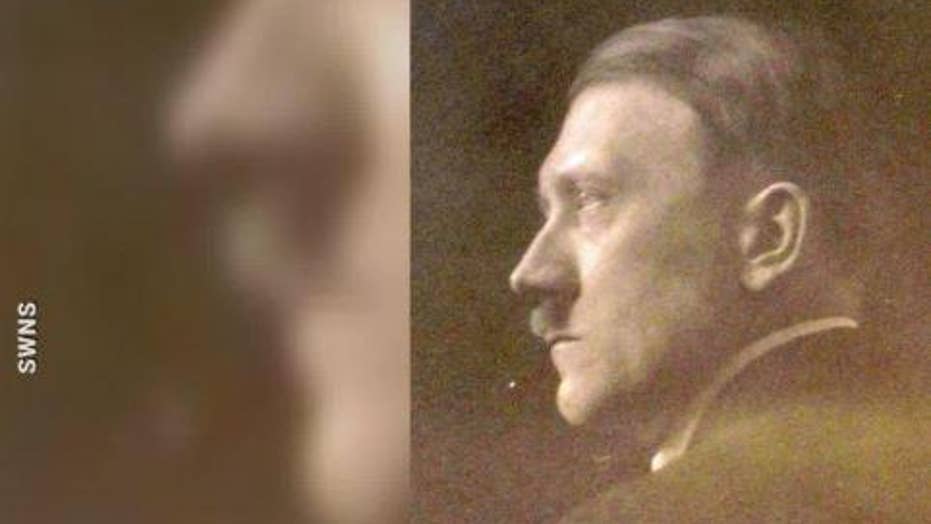 A German auction house has been forced to pull several paintings attributed to Adolf Hitler just days before they were due to be put up for sale.

This Saturday, Auktionhaus Weidler in Nuremberg, Germany, was set to auction off 31 drawings and watercolor landscapes attributed to the Nazi dictator.

But on Wednesday, they announced that “some of the pictures have to be canceled due to a review. A press release from the auction house insisted “this does not necessarily mean that they are forgeries.”

“I think the Bavarian State police have asked the auction house for proofs of authenticity and the auction house was not able to produce them,” said Koldehoff, an expert on Nazi art and paintings looted by the Germans during World War II.

Some 26 of the 31 works were withdrawn, according to Koldehoff. The auction house declined to comment.

Koldehoff believes it was motivated by police seizure of three watercolors from a Berlin auction house last month before they could be sold. If the artwork is offered without proof of authenticity, it’s fraud, he said.

Hitler did most of his artwork in the years between 1908 and 1913 when he wandered about Vienna in a state of abject poverty, often living in squalid homeless shelters. He twice failed the entrance exam to the Vienna Academy of Fine Arts, in 1907 and 1908. His drawing skills were deemed “unsatisfactory.” During these years he eked out a meager living drawing postcard views of Vienna and selling them to tourists.

After World War II, American and British soldiers found many Hitler drawings in the ruins of German government buildings. Sotheby’s in London offered Hitler drawings for sale in the 1960’s. Over the years, several auctions have been conducted in England and Germany.

Hitler did most of his artwork in the years between 1908 and 1913 when he wandered about Vienna in a state of abject poverty; it's unclear if this particular artwork is among those that have been withdrawn (Auktionhaus Weidler)

Earlier this week, Koldehoff told Fox News: “Many of the buyers come from Arab countries and Iran where anti-Semitism is high, and that may motivate purchases.”

He also said the Chinese were also gobbling up Hitler drawings, perhaps because they have a fascination with him. In Germany, it is legal to sell Hitler paintings provided they do not contain Nazi symbols.

There are widespread reports that much of the artwork attributed to Hitler consists of forgeries. Some experts estimate that such fakes constitute as much as 95 percent of the work on the market. According to Koldehoff, no one can say if a landscape that costs 45,000 euros, or other artwork, is by Hitler or by a forger. Asked how auction houses authenticate Hitler’s art, Koldehoff said they designate the work as “probably by Adolf Hitler.”