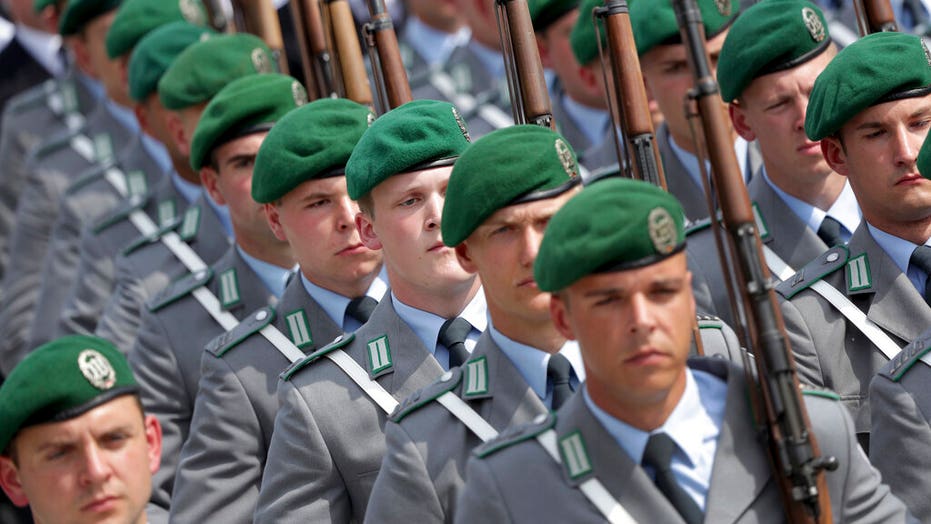 The German army will reintroduce military rabbis as religious counselors to Jewish members serving in the armed forces after more than 100 years without such assistance, the government said Wednesday.

The decision by Chancellor Angela Merkel's Cabinet backs a proposal by Germany’s Central Council of Jews.

Soldiers attend an oath-taking ceremony of the German army at the Defence Ministry in Berlin, Germany.  (AP)

Kramp-Karrenbauer said the addition of military rabbis was a clear commitment to Jewish life in Germany.

The German army does not document the religious affiliations of its members. But according to estimates, about 300 Jews, 1,400 Muslims and 94,000 Christians are in the Bundeswehr armed forces, German media reported.

The German army has only Catholic and Lutheran chaplains, but there are plans to introduce Muslim religious counseling in the Bundeswehr, the government said.

During World War I, many Jews fought for Germany. Rabbis were relatively common in the military until Adolf Hitler's Nazis came to power in 1933 and excluded Jews from all spheres of public life.