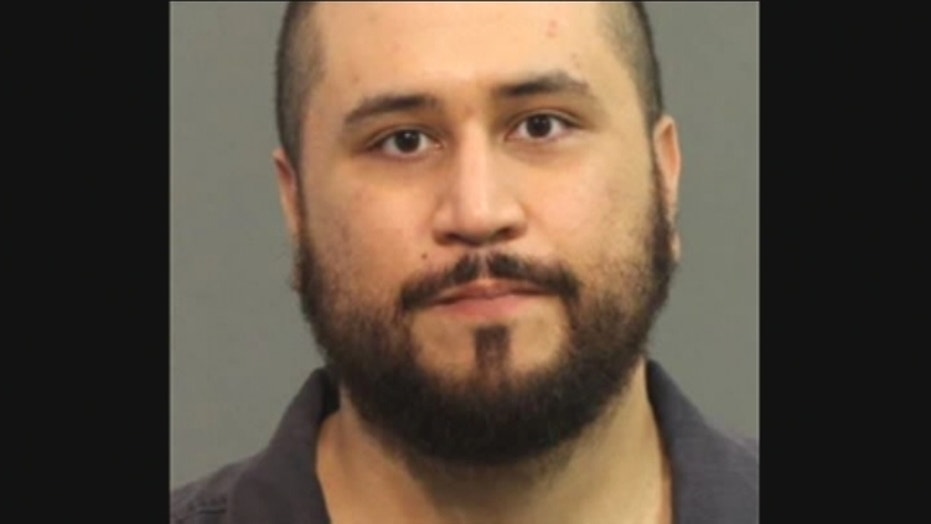 George Zimmerman arrested and brought up on domestic dispute charges.

Sanford, Fla. (AP) – George Zimmerman's arrest following a domestic dispute with his girlfriend marks the latest in a series of brushes with the law he has had since his acquittal in a murder case that sparked nationwide debates about race and self-defense laws.

Zimmerman, the former neighborhood watch volunteer who was acquitted of any charges in the 2012 fatal shooting of unarmed black teen Trayvon Martin, was charged Monday with aggravated assault, battery and criminal mischief after his 27-year-old girlfriend called 911. He was due in court Tuesday, where a judge would decide whether to grant bond for Zimmerman.

Samantha Scheibe claimed Zimmerman had smashed a glass table, threatened her with a shotgun and ultimately pushed her out of the house she rented.

Scheibe told deputies the ordeal started with a verbal argument and that she asked Zimmerman to leave the house. Her account in the arrest report says he began packing his belongings, including a shotgun and an assault rifle. She says she began putting his things in the living room and outside the house, and he became upset. At that point, the report says, he took the shotgun out of its case.

Zimmerman told his girlfriend to leave and smashed a pair of her sunglasses as she walked toward the front door, the report says. Scheibe told deputies he pushed her out of the house when she got close to the door.

Moments later, Zimmerman called 911 from inside the barricaded house to tell his side of the story.

"I have a girlfriend, who for lack of a better word, has gone crazy on me," Zimmerman said.

Zimmerman then said he never pulled a gun on his girlfriend and that it was she who smashed a table at the home they shared. He also told the dispatcher that Scheibe was pregnant with their child and that she had decided she would raise the child on her own. When Zimmerman started to leave, "She got mad," he said.

Deputies used a key provided by Scheibe to unlock the door and they were able to push through the barricade of items, Lemma said.

"She was very concerned for her own safety, especially having the weapon pointed at her and then being pushed out," he said.

Lemma says Zimmerman was compliant and unarmed when deputies came to the house.

"The easiest way to describe it is rather passive. Clearly, he's had the opportunity to encounter situations similar to this in the past," Lemma said.

The arrest was the latest legal problem for Zimmerman since he was acquitted last summer of criminal charges in the fatal shooting of Martin, an unarmed black teen. The case sparked accusations that Zimmerman had racially profiled Martin and led to nationwide debates over the so-called Stand Your Ground defense laws in Florida and other states.

Zimmerman, 30, who identifies himself as Hispanic, has said he shot the 17-year-old to defend himself during a fight in February 2012 inside a gated community in Sanford, just outside Orlando.

He wasn't charged until 44 days after the shooting, leading to protests nationwide from people who believed he should have been immediately arrested. Demonstrations also broke out after his acquittal. Federal authorities are now reviewing the case the see if Martin's civil rights were violated.

"Just when you thought you heard the last of George Zimmerman," said neighbor Catherine Cantrell. She said she had twice seen a man who looked like Zimmerman get out of a truck that's been in the driveway for nearly a month. The truck parked there Monday appeared to be the same one that reporters have seen Zimmerman drive previously.

"I'm in absolute shock. He was never outside. It's not like he was out flaunting around," she said.

Zimmerman has had other brushes with the law since his acquittal.

Zimmerman and his estranged wife were involved in a domestic dispute in September just days after Shellie Zimmerman filed divorce papers, but police later said no charges were filed against either of them because of a lack of evidence.

Zimmerman has also been pulled over three times for traffic stops since his acquittal. He was ticketed for doing 60 mph in a 45 mph zone in Lake Mary, Fla., in September and was given a warning by a state trooper along Interstate 95 for having a tag cover and windows that were too darkly tinted. He was also stopped near Dallas in July and given a warning for speeding.

In 2005, Zimmerman had to take anger management courses after he was accused of attacking an undercover officer who was trying to arrest Zimmerman's friend.

Benjamin Crump, the attorney for the Martin family, was at Harvard Law School on Monday with the teen's mother, Sybrina Fulton, to speak at a symposium about Martin's legacy and self-defense laws.

In a telephone interview, Crump said they found out about Zimmerman's arrest from television reports. He said the news of the arrest didn't affect their mood because they are focused on discussing ways to reform self-defense laws.

"They're focused on how we can all better deal with conflict resolution. But there is a certain irony in that while they were doing that, at basically the same time that incident was happening with their son's killer," Crump said.