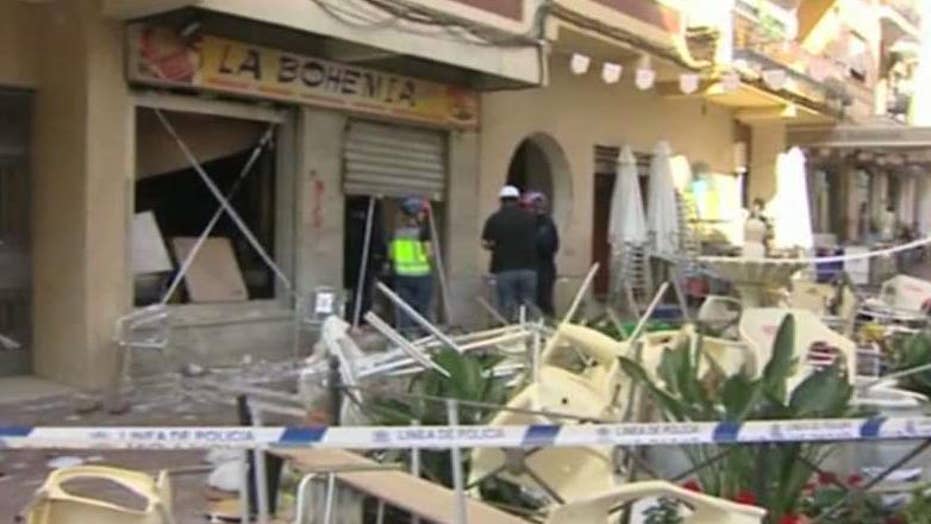 Authorities investigating cause of the blast

An explosion at a cafe in southern Spain injured 90 people at a local festival, five of them seriously, authorities said Sunday.

A spokeswoman for the Andalusian emergency service told The Associated Press that preliminary reports indicate a gas leak caused the blast. She spoke on condition of anonymity due to her agency's requirements.

The blast caused some of the La Bohemia cafe's walls and counters to collapse, injuring people inside. Chairs and tables were strewn about in the street Sunday, along with exploded glass from the cafe's windows and doors.

Two of the five who are seriously injured are in Malaga Hospital's intensive care unit and are being treated for burns and traumatic injuries, the spokeswoman added.

In all, 57 of the injured were taken to a nearby town hospital and more than 20 have been discharged, while 33 others went to local clinics and were treated for cuts or bruises, the agency said.

Immediately after the explosion, there were fears that the conservative Popular Party headquarters neighboring the cafe had been targeted, but authorities denied that the party offices were attacked.