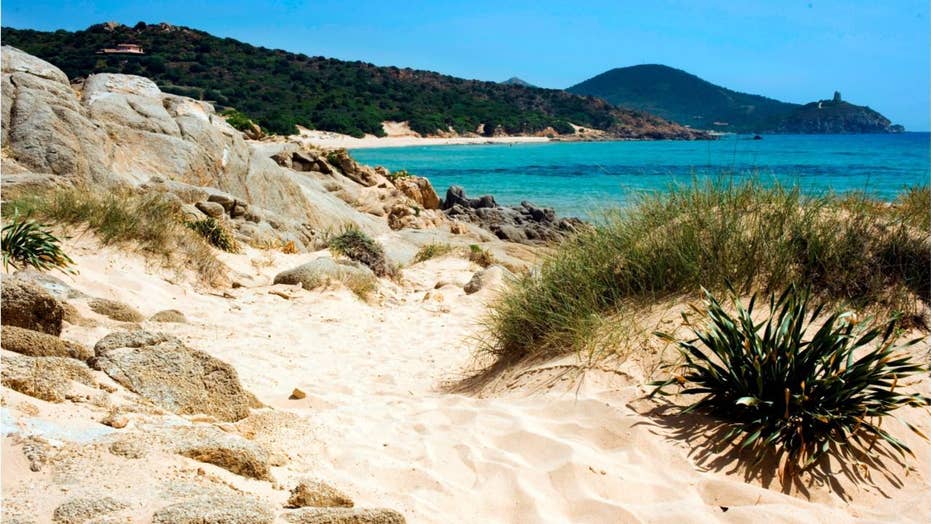 A 2017 law could land a French couple in jail after they took sandy ‘souvenir’ from a beach in Sardinia, Italy.

A French couple’s desire to transport a keepsake from their vacation – a whopping 90 pounds of sand from an Italian beach – may reportedly land them behind bars for six years.

Police caught the pair with 14 plastic bottles packed with white sand from the beach in Chia, located in southern Sardinia, the BBC reported, citing Italian daily Corriere della Sera. The bottles were reportedly found in their trunk as they were about to board a ferry in Porto Torres leaving for Toulon, France.

WAITER IN FRANCE ALLEGEDLY SHOT DEAD FOR BEING 'TOO SLOW WITH SANDWICH,' REPORT SAYS

Sardinia’s colorful sands, considered a public good, are protected from plundering tourists with a law that came into effect in August 2017, according to the BBC. It also protects stones and seashells in an effort to preserve the island’s picturesque environment. Offenders face fines up to $3,330.

Panorama of the beaches of Chia, Sardinia, Italy. (iStock)

While the couple claimed the sand was just a souvenir and said they were unaware of the protection law, they could face between one and six years in jail for theft of an asset of public utility, the outlet reported. It was unclear whether they could also face a fine.

A Facebook group has been set up by those attempting to raise awareness about the pilfering of Sardinia’s beaches called Sardegna Rubata e Depredara – translated as “Sardinia, robbed and plundered.” The page posts news and pictures from authorities' latest “souvenir” seizures, which include shells and bottled sand.

Over the last 10 years, authorities have seized nearly 10 tons of sand taken from the Mediterranean island’s shores, Local Italy reported.

Some visitors who succeed in smuggling sand off the island sell the bottled souvenirs for a profit online, the BBC reported.