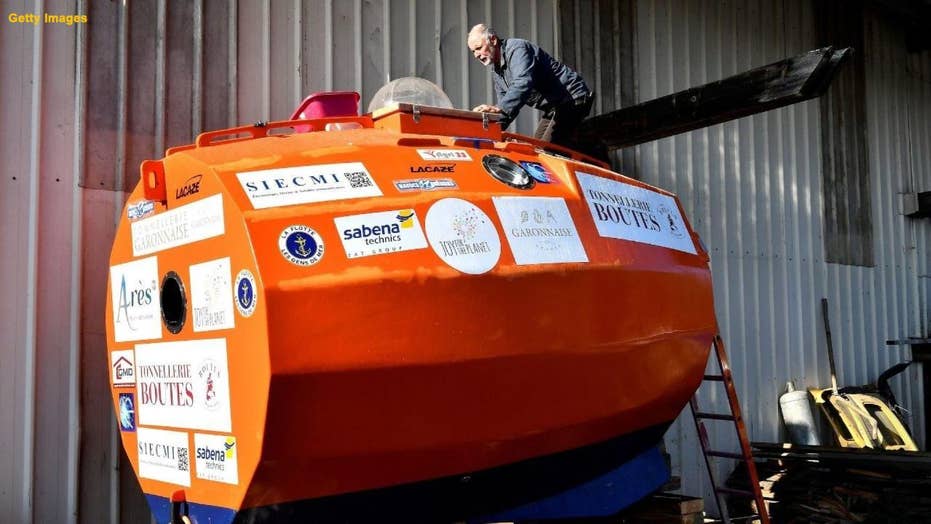 Jean-Jacques Savin, 71, departed from El Hierro, part of the Canary Islands, on Wednesday in a bright orange barrel and hopes to reach his destination, the Caribbean, in three months.

A Frenchman who set out on his solo journey across the Atlantic Ocean in a large, orange barrel, has completed his trip.

On April 27, Savin reached the Caribbean after being at sea for 122 days. He originally said he hoped to reach his destination in three months. A Dutch oil tanker transported Sevin and the barrel to Sint Eustatius. A few days later, Sevin was brought to Martinique where he is planning his return to France.

FRENCH ADVENTURER, 71, SETS OFF ON SOLO TRIP ACROSS ATLANTIC BY RIDING OCEAN CURRENTS IN A BARREL

"It was an exhilarating voyage but also quite risky,” Savin said of his trip.

Jean-Jacques Savin shows the inside of the barrel that includes a bunk, kitchen and storage. (Getty Images)

ANTARCTIC SEARCH CLOSES IN ON ENDURANCE, THE LOST SHIP OF EXPLORER ERNEST SHACKLETON

In an interview with The New York Times, the explorer said he was inspired by Frenchman Alain Bombard who wrote about his travels to the Canary Islands.

He told The Times he spent his days swimming, catching fish, replying to messages, cooking, reading and writing his book. He said his book is slated to be published in August.

Inside the 10-foot long barrel are a bed, kitchen and storage space. A porthole on the floor allows him to watch the ocean life.

Savin said there were two times he feared for his life: after an oil tanker and another ship got close to him.

The former military parachutist said the best thing about being out at sea is the freedom.

“It’s freedom. Complete freedom. It’s hard to convey. No one tells you what to do. There are no rules. It’s freedom.”