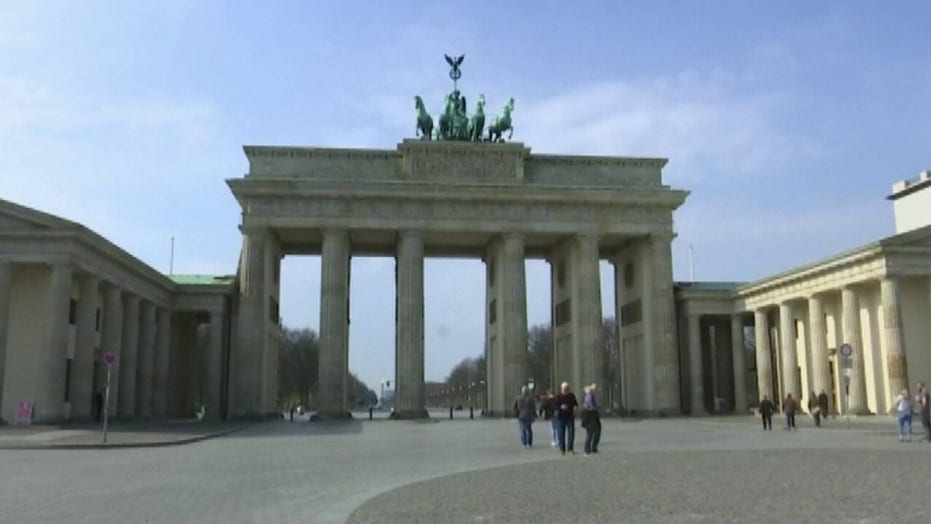 France reported 240 coronavirus fatalities in just 24 hours Wednesday, making it the fifth country to surpass a death toll of 1,000 since the outbreak began in China late last year.

France is the fifth nation in the world to top 1,000 deaths from the disease after hard-hit Italy, China, Spain and Iran.

Beds line up at the military field hospital in eastern border city of Mulhouse on Tuesday. The Grand Est region is the epicenter of the outbreak in France. (Mathieu Cugnot, Pool via AP)

The Grand Est region in northeastern France is now the country’s epicenter of the outbreak, a crisis traced to a dayslong evangelical church gathering in the border city of Mulhouse attended by hundreds of people at the end of February.

“Every day we have eight to 12 people who arrive," said Dr. Patrick Vogt, a general practitioner at the hospital in Mulhouse. "We don’t know what to do."

President Emmanuel Macron ordered a field hospital built to help treat the increasing number of sick in Mulhouse, where the local newspaper has had to add extra obituary pages as the deaths from the coronavirus increase – a grim practice also done in some areas of Italy.

A French soldiers pulls medical gear at the military field hospital in Mulhouse on Tuesday after Macron ordered the facility built. (Mathieu Cugnot, Pool via AP)

Dozens of soldiers put up the temporary medical facility. The equipment, originally designed to make surgery possible in combat zones, was retrofitted to treat people with COVID-19.

The field hospital’s five tents, each with six beds, will start taking patients this week. About 100 military health personnel — anesthetists, nurses and nursing assistants — were assigned to operate the facility.

France’s population of 67 million citizens has been on lockdown since March 17. The lockdown was expected to last 15 days. However, the country’s scientific council on Tuesday advised that the containment measure should extend to six weeks, Agence France-Presse reported.

“It will only end when the epidemic curve allows it, this is the basic principle,” French Health Minister Olivier Véran said of the lockdown when responding to the council’s recommendation. “Confinement has a purpose, to protect the French people. It will last as long as it has to last.”

The council was set up to advise the French government, which has final decision in issuing containment orders.