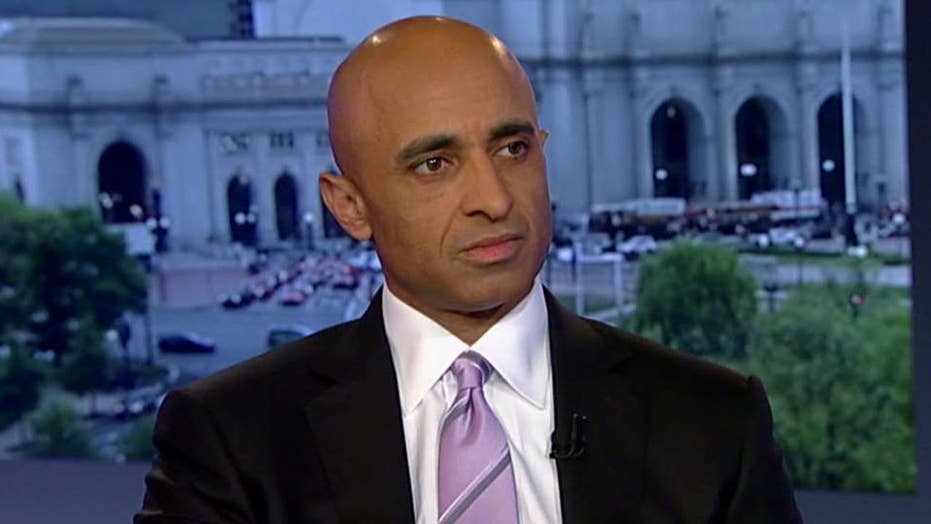 UAE ambassador to US: Qatar sanctions not an 'overreaction'

On 'Special Report,' Yousef Al Otaiba discusses the upheaval in the Middle East

Among other topics, the ambassador laid out the position of nations from the Gulf Cooperation Council and their decision to impose economic and diplomatic sanctions on GCC member Qatar, following a list of long-simmering grievances. The group of nations that includes the UAE and Saudi Arabia has sent it a list of 13 demands Qatar is required to must meet before the boycott is lifted—including that the Gulf nation shut down its Al Jazeera news network and reduce ties to Iran.

Here are some highlights of the interview conducted by Chief Washington Correspondent James Rosen, who also anchored tonight’s show.

Al Otaiba: This is a consistent pattern of behavior [by Qatar]. Let me start by telling you what it is not-- what it's not is an overreaction; it's not a hasty decision. It's not something that we came to in a rush.

Al Otaiba: So to point out some context, three years ago, we had a meeting in Riyadh under the leadership of King Abdullah of Saudi Arabia. In that meeting we had a confrontation essentially… and the leadership of Qatar, Emir Tamim [bin Hamad Al Thani], signed a document that pledged that he will stop and refrain from doing all the things that we've been complaining about.

Al Otaiba: The document has been released to the member countries. I don't think it's ever been released to the public, but the same things that we have said he has violated, are the same things that we are complaining about now, which are support for terrorist and extremist, meddling in our internal affairs, and using their media to attack us and incite.

James Rosen: What do you think is the motivation for Qatar in pursuing those activities. In their own minds, what is their motivation?

Al Otaiba: James if you could answer that question, you'll solve all our problems for us.

Al Otaiba: I think the excitement we see in President Trump is really because he addresses our two core problems in a very straight forward way. Our two problems in the region are two threats: are Iran and extremism, and on both of those situations President Trump has indicated that he wants to tackle those head on. You can look at the Cabinet around President Trump and you would feel very relieved. I think for any president of the United States, this foreign policy team could be considered the dream team. I mean [Defense] Secretary Maddis, Secretary [of State] Tillerson and [CIA] Director Pompeo, [National Security Adviser] General McMaster…These are very, very serious people.

Meshal Al-Thani, Qatar's Ambassador to the U.S., provided the following statement to Fox News in response to the UAE Ambassador’s allegations:

“Ambassador Al Otaiba’s personal attempts to drive a wedge between Qatar and the United States will not work. What Americans need to know is that the fight against ISIS continues from the Al-Udeid military base in Qatar with 11,000 American forces, regardless of what the members of the UAE government do. As for the UAE’s list it designates as terrorists – some have never lived in Qatar and some are journalists or dissidents some in the UAE wants to muzzle.

Qatar does not, has not, and never will support terrorism. On the other hand, The UK Telegraph reported this week that Ambassador Al Otaiba warned US officials that the UAE would consider ending intelligence cooperation over 9/11 victims' claims. The motives are clear: to limit the movement of Gulf citizens, muzzle regional and international media, limit Qatar’s sovereignty, and dictate our foreign policy. All of which should be rejected by the international community, as they are by us.”