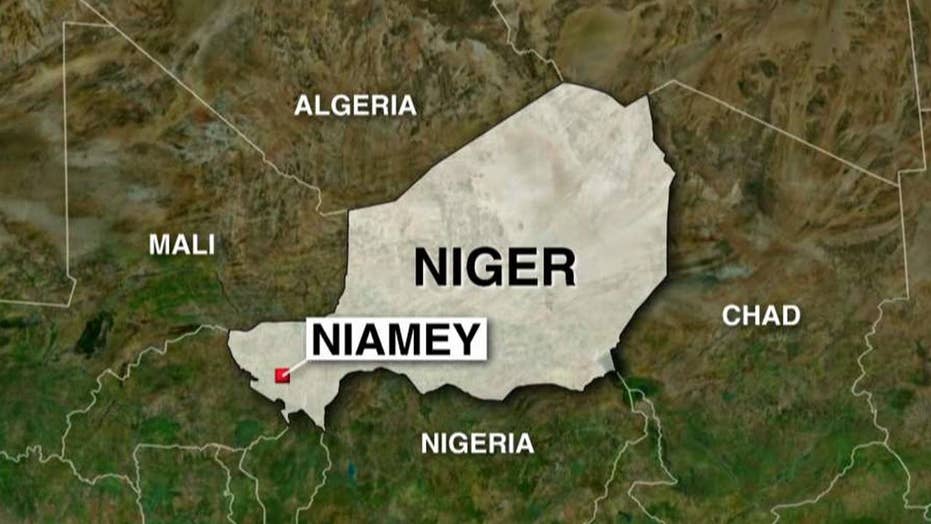 Body of fourth US soldier found in Niger

Soldier died in an ambush in West Africa.

The unidentified soldier had initially been reported missing after Wednesday's attack. Authorities feared the soldier was being held hostage by a militant group, but officials told Fox there were no signs the soldier had been kidnapped or tortured.

The other three fallen Green Berets were identified earlier Friday as decorated soldiers based out of Fort Bragg, N.C.

Staff Sgt. Bryan Black, 35, from Puyallup, Wash., enlisted in the Army in 2009 and has received numerous awards, including the Army Good Conduct Medal and the Global War on Terrorism Service Medal, a statement said.

Staff Sgt. Jeremiah Johnson, 39, from Springboro, Ohio, joined in 2007 and has earned the Army Commendation Medal and Army Achievement Medal, among other distinctions.

Staff Sgt. Justin Wright, 29, from Lyons, Ga., enlisted in 2012 and also has won numerous awards, such as the Joint Service Achievement Medal and Special Forces Tab.

The U.S. military has been training local forces to fight Al Qaeda in the Islamic Mahgreb and other militant groups in West Africa for over a decade. There are now up to 6,000 U.S. troops on the African continent, 800 of whom are now on the ground in Niger.