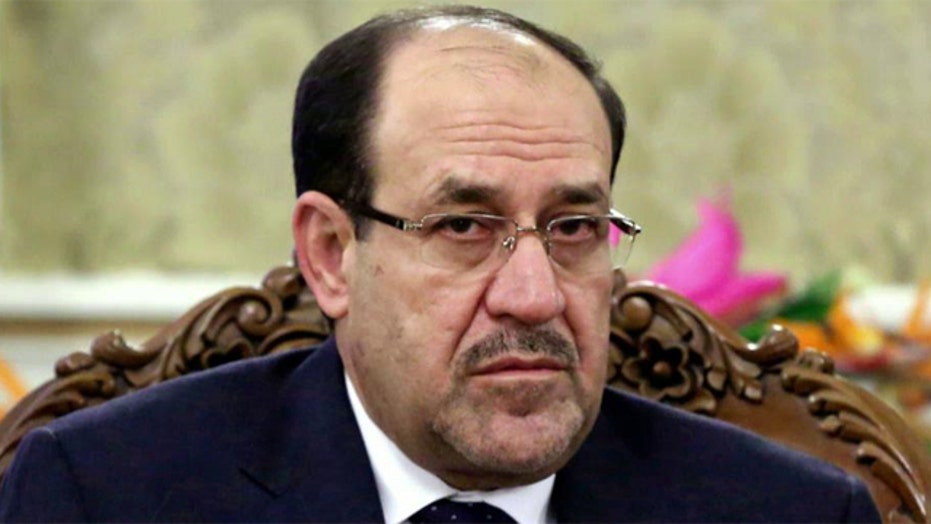 Nouri al-Maliki refuses to step down amid turmoil in Iraq

Iraqi PM tells army to stay out of politics

Former U.S. Ambassador to Iraq Christopher Hill said Tuesday on "Shepard Smith Reporting" that Nouri al-Maliki had a "hard case" to make to stay in power as Iraq's prime minister.

Haider al-Abadi has been nominated to become the new prime minister, and possibly end al-Maliki's eight-year rule. He has accepted the nomination to form a government in the next 30 days.

The potential shake-up has raised concerns about the transition amid growing turmoil in Iraq.

Hill  also stressed the need to hear from the Sunni community—a group with whom al-Maliki previously had troubles --about the political turnaround. He added the Sunnis "need to be clear" in their opposition to the Islamic State, the militant group formerly known as ISIS.

Hill said that while the action is "encouraging," he cautioned any changeover had to be "carefully managed" amid threats from the Islamic militants, calling the war against them the "fight for Iraq's life."