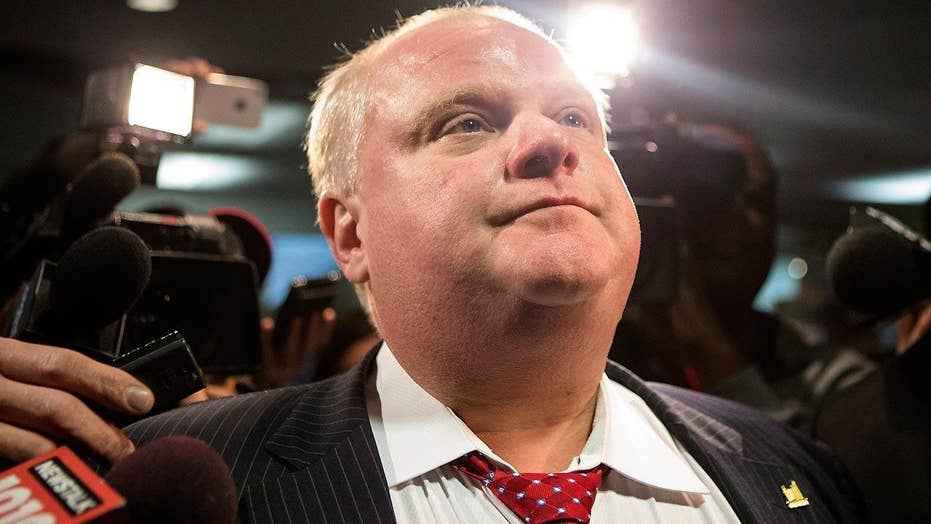 Former Toronto mayor Rob Ford-- whose tenure was marred by revelations about his drinking problems and illegal drug use -- died Tuesday at 46 after a battle with cancer, his family says.

Ford was diagnosed with cancer in September 2014. The illness forced him to withdraw his bid for re-election as mayor and he ran instead for a city council seat, winning in a landslide despite his notoriety.

“With heavy hearts and profound sadness, the Ford family announces the passing of their beloved son, brother, husband, and father, Councillor Rob Ford earlier today at the age of 46,” his office announced in a statement.

“The family asks that you respect their privacy and join them in their grieving and their prayers,” the statement added.

Ford’s controversial term as mayor included slurs against minorities, lewd remarks about his sex life and his admission of crack cocaine and alcohol abuse.

Ford had nine chemotherapy treatments before his death. Late last week, his family released a statement saying he was going through a "difficult time."

In a statement on behalf of Ford's family, spokesman Dan Jacobs said doctors have been "very concerned" with the reappearance and progression of Ford's cancer.

Ford had been receiving treatment that is "palliative in nature," his family said Monday.

The politician had not been transferred to a palliative care unit, although his family is by his side around the clock, Jacobs said.