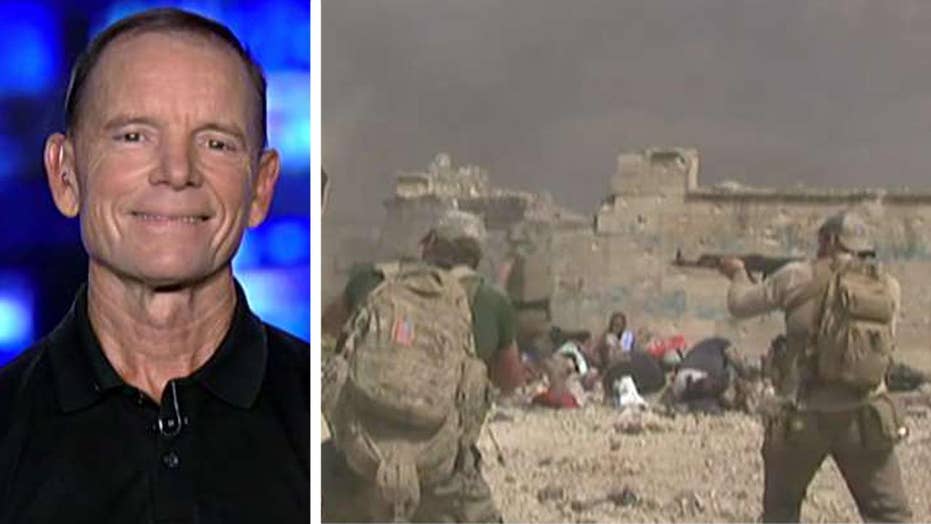 A former U.S. Special Forces soldier-turned aid worker caught on video braving Islamic State gunfire to rescue a 6-year-old girl in Mosul told Fox News on Thursday that he knew God was on his side.

“I really thought I was going to die at that moment,” 56-year-old Dave Eubank told “Fox & Friends.” He also said that after rescuing the girl, they had to go back and rescue two other guys.

“In this particular mission, I believe it was God that helped. The U.S. military dropped smoke, the Iraqis brought a tank, and we ran behind it,” Eubank added.

The video, recorded about three weeks ago, showed Eubank, wearing a helmet and bullet-proof vest, running through gunshots to save the Iraqi girl with two colleagues and the tank providing cover.

Eubank told Fox News the Iraqis understood that were not abandoned and that the U.S. military was “doing a fantastic job of being careful to hit ISIS and not hit civilians.”

As founder of the Free Burma Rangers humanitarian group, he's made it his life’s mission to help victims caught on the front lines against terror.

“We give help, hope, and love in conflict areas in Burma…We’re living with the people to give them medical care and put a light on what’s happening,” Eubank told “Fox & Friends.”

MOSUL MOSQUE DESTROYED BY ISIS IS CAPTURED BY IRAQI FORCES

Eubank said supporters could help by praying and going to the Free Burma Rangers website.