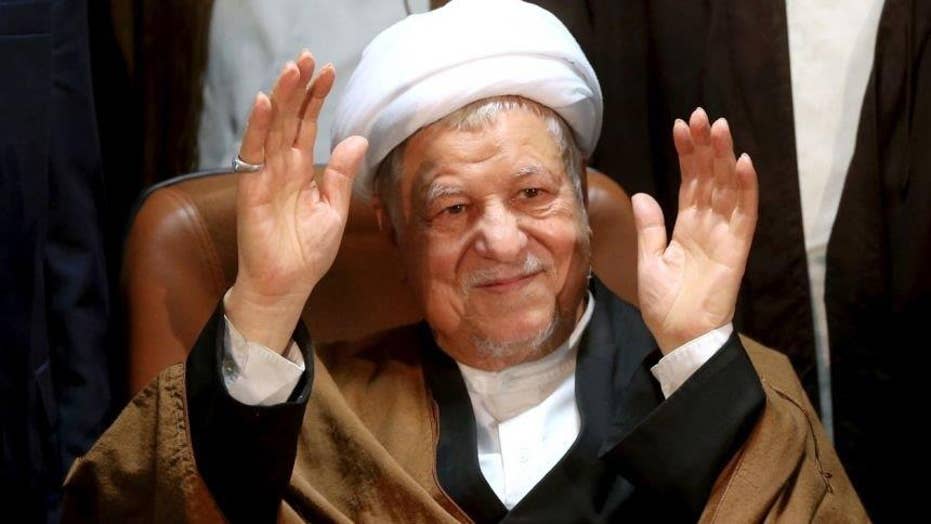 Former Iranian President Akbar Hashemi Rafsanjani, an influential power broker in the Islamic Republic who advised the country's supreme leader, died Sunday after he was hospitalized for a heart condition, according to Iranian state media. He was 82.

Iranian President Hassan Rouhani reportedly visited Rafsanjani in the hospital and a short time later the former president was dead.

"With the death of Ali Akbar Hashemi Rafsanjani, one of the two pillars and key to the equilibrium of the religious fascism ruling Iran has collapsed and the regime in its entirety is approaching overthrow," said Maryam Rajavi, the president-elect of the National Council of Resistance of Iran, in a statement. "Over the past 38 years, whether under Khomeini or afterwards, Rafsanjani played a critical role in suppression at home and export of terrorism abroad as well as in the quest to acquire nuclear weapons."

Rafsanjani, who served as president from 1989 to 1997, was a leading politician who has often played kingmaker in the country's turbulent politics. He supported Rouhani.

Rafsanjani was also a heavyweight behind Iran's nuclear program, including the push for its weaponization.

A central player in the Islamic Revolution, the former Iranian president was alleged to be behind numerous terror attacks. He openly called for the killing of Americans and other Westerners.

Nicknamed "The Shark," Rafsanjani was also nefarious for purging political opponents and intellectuals.

Rafsanjani was the current head of the Expediency Council, a body that advises Supreme Leader Ayatollah Ali Khamenei, and in March he won a seat on a clerical body that will one day decide Khamenei's successor.