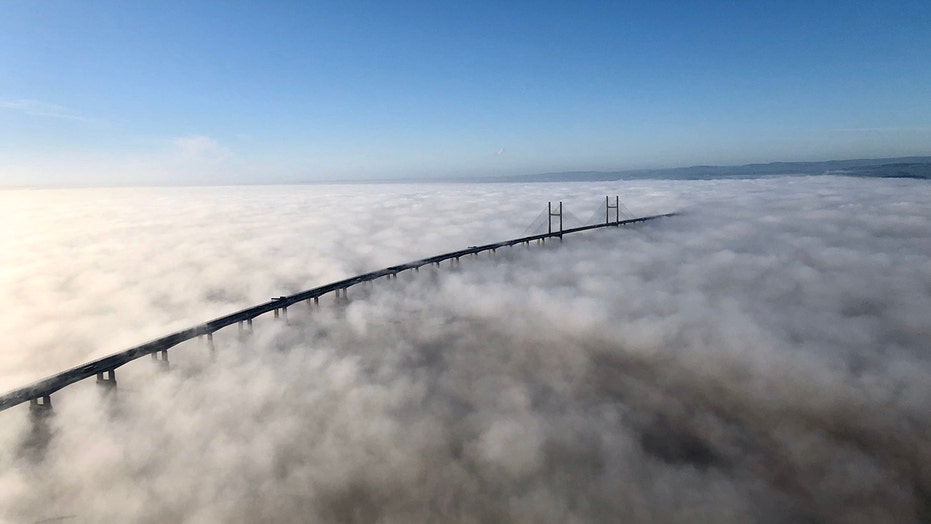 These motorists were literally driving above the clouds.

"Stunning photo taken by @NPASSouthWest as they passed over the Severn Estuary," NPAS tweeted.

The aerial images showed the bridge protruding above the fog.

The fog that covered the area appeared to be have been caused by a weather phenomenon known as a temperature inversion. (National Police Air Service)

Lloyd Birch, a tactical flight officer who took the pictures, told the BBC that flight crews spot fog and unusual weather "quite often."

The Severn Bridge can be seen shrouded in fog on Tuesday morning. (National Police Air Service)

But on Tuesday, Birch said the way the bridge emerged from the fog "looked quite spectacular so I took a few snaps on the way past."

Fog forms when the temperature and the dew point of the air approach the same value, either through the cooling of the air or by adding enough moisture to raise the dew point, according to the National Weather Service.

The stunning sight on Tuesday was caused by what's known as a temperature inversion. A temperature inversion is when air sinks towards the ground, drying, and warming as it goes. That warm layer of air then acts as a cap or lid, trapping the cooler air near the surface, according to the NWS.