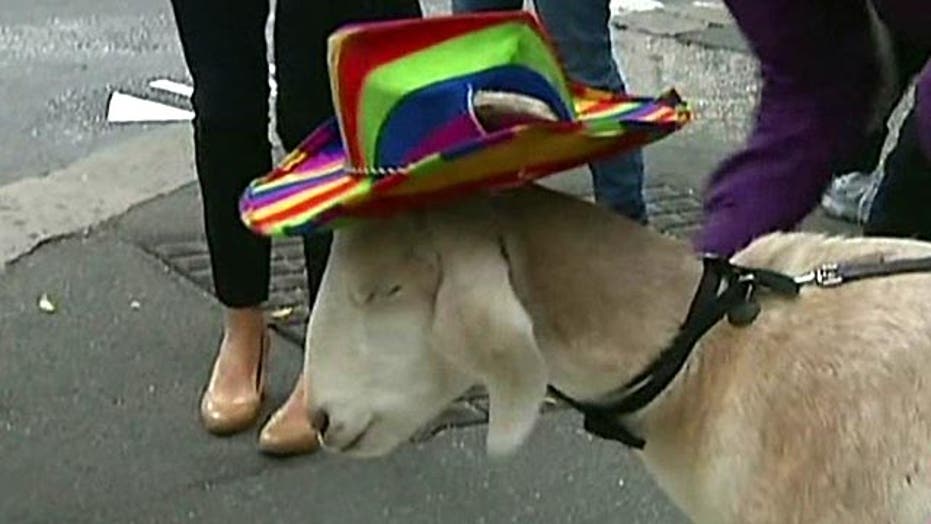 SYDNEY – Gary the flower-eating goat's graze with Australian police has ended with his comedian owner getting the last laugh in court.

A Sydney judge ruled Wednesday that neither the goat nor his owner could be found guilty of vandalism over an August incident when Gary decided to snack on a flowerbed outside a city museum.

Police at the time leveled a fine of 440 Australian dollars ($465) against owner Jim Dezarnaul, a comedian known as Jimbo Bazoobi.

But man and goat got their day in court, with Gary arriving resplendent in a colorful hat on Wednesday. The brown-and-white goat didn't testify, but he had his own lawyer.

Owner Dezarnaul said the case serves as a lesson to overzealous authorities, "and that's `Don't bite off more than you can chew."