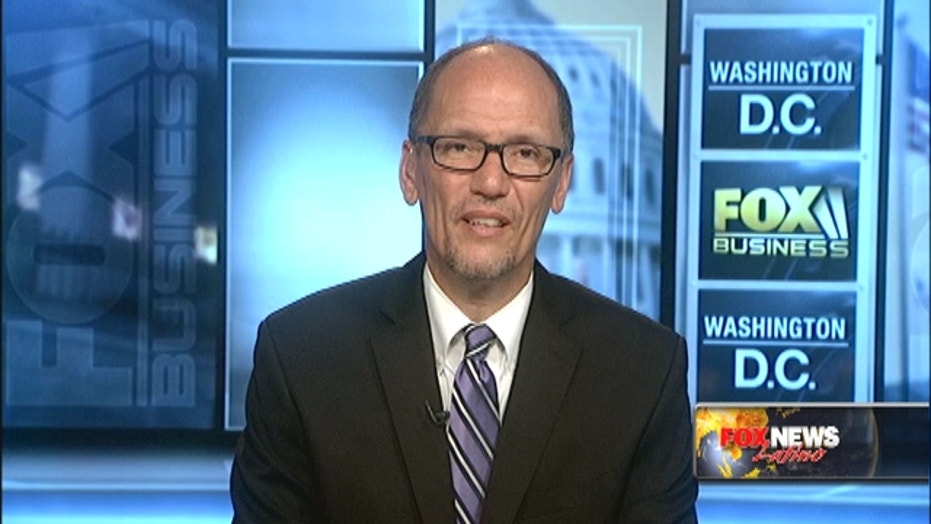 The labor secretary has made better conditions – with expanded paid sick and family leave – one of the pillars of his tenure.

MIRAMAR, FLA. (WSVN) - The Broward County Police Benevolent Association is calling for a national boycott of Sunoco after a clerk allegedly refused service to a uniformed police officer on Sunday. That employee has since been fired, company officials said.

“On a day when three officers are slain in Baton Rouge, Louisiana, and a fourth is fighting for his life, how can anyone deny service to a uniformed police officer?” Broward County PBA President Jeff Marano said.

According to an incident report, a Miramar officer walked into a Sunoco gas station and was refused service by a clerk. The officer states that the clerk walked up to him and asked why his friend was arrested. The officer told the clerk that he was arrested and that he couldn’t provide any further information.

Once the Miramar cop tried to pay for the Gatorade, the clerk had his window closed.

The cop then told the clerk: “Hey, can you ring me up. I need to pay for my Gatorade.”

That’s when the clerk told the cop that he wouldn’t ring him up because “he knew why.” He then told the officer, as four people were standing behind him, “Get out of my way, I need to attend to customers” and started to ring up other customers as the officer moved.

The incident report also reveals that when the clerk asked why he refused to ring up a cop who was trying to buy a Gatorade, he responded with, “Because I don’t have to, that’s why.”

The gas station is located at 1700 South Douglas Road. The clerk would not give the officer his or his boss’s name.

Surveillance video from the gas station is not available.

“Sunoco received a report of an incident involving a police officer and a store employee on July 17 at an independently owned-and-operated Sunoco dealer in Miramar, Florida.

The actions described by the police officer are unacceptable and are not something that Sunoco would tolerate at any station bearing the Sunoco brand. After investigating the circumstances in conjunction with the local owner-operator, the employee was terminated. We apologize to the officer involved, and to all law enforcement officers who were understandably offended by this incident.

The nation’s police officers are a precious resource, and Sunoco welcomes them in our stores as customers and protectors of our community every day.”

The Broward County PBA said they are pleased with Sunoco’s decision but also asked to see proof that the cashier was, indeed, fired.