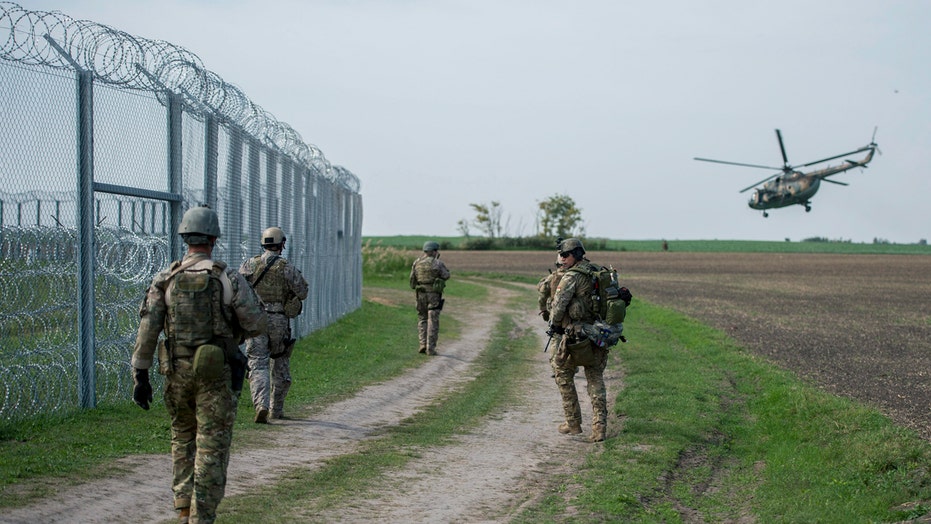 Hungary stuck to its promise of protecting the nation against a flood of refugees by swearing in its first wave of so-called "border hunters" on Thursday, officials said.

More than 500 border guards took their oaths ahead of their planned deployment to the Serbian border, the Budapest Business Journal reported. They would carry pistols with ammo as well as pepper spray and batons, the BBC added.

“Hungary is one of the safest countries in the European Union, where there is no violence, and where no one drives trucks through crowds,” Prime Minister Viktor Orban said, referring to terrorist attacks including the July 2016 massacre in Nice, France. “At the same time, this does not mean that such atrocities cannot happen here.”

Political leaders in Hungary have blamed non-governmental organizations for pointing refugees toward the country. Opponents took an apparent swipe at NGOs by drafting a bill that would force the groups to post financial statements publicly, even though they haven't received public funds. The NGOs have called it a plot to silence them.

Thousands of refugees reportedly poured into Hungary and other nations in the region daily at the height of the crisis in 2015, many of them sailing to Greece and traveling northwest to escape ISIS, war and famine in the Middle East. Hungary has since built a razor-wire fence signaling that refugees should head somewhere else.

As many as 100 people still try entering Hungary each day, according to the prime minister's top security advisor, György Bakondi. The government reportedly has aimed to boost its number of "border hunters" to 3,000.

Meantime, Eastern Europe has been under the grip of a deadly cold snap, with some areas seeing its coldest temperatures in a decade, and with refugees at significant risk. In Serbia, officials blamed the cold for the deaths of six people.

Greece's navy sent a ship to the island of Lesbos to house some 500 refugees and migrants. A medical association on the island said conditions at the main camp there were "inhuman," with refugees in tents exposed to freezing temperatures. Rights group Amnesty International urged the European Union and the Greek government to move migrants from the Greek islands to the mainland and launched an online petition.