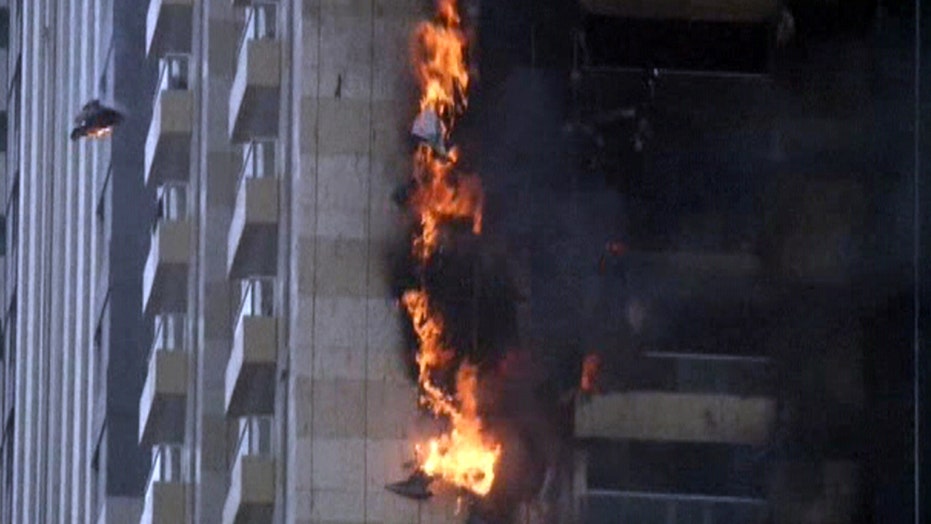 Part of a 75-story skyscraper in Dubai went up in flames Wednesday marking the third such blaze this year.

The flames raged for hours before crews could get it under control.

Some buildings in the city may use flammable exterior cladding for insulation, which could help fires to spread, according to local reports. It was unclear what caused Wednesday’s fire.

Witnesses saw flames tearing up the side of the building, engulfing about 15 floors.

Reuters reported pointed out that the United Arab Emerites updated its building safety code in 2013 forcing all buildings more than 50 feet tall to be fire-resistant. Older building are exempt, the report said.

A fire raged through a Dubai hotel on New Year's Eve, confusing some tourists who were expecting fireworks around that time.