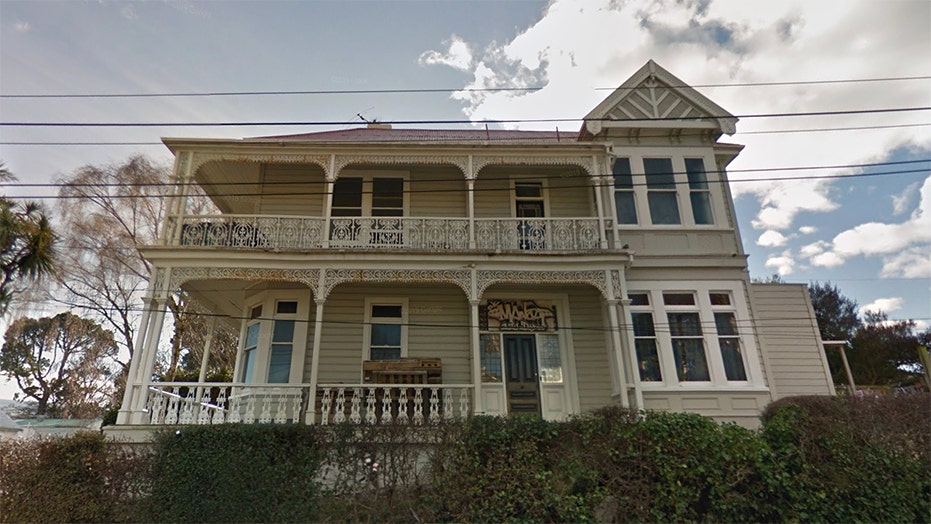 A female student has died and two others suffered serious injuries during a house party in Dunedin, New Zealand, on Saturday night, according to New Zealand police.

Police say "it's too early to speculate" on whether charges will be filed after the University of Otago student was reportedly "trampled" on a stairway following a panicked stampede of people attempting to leave the Dundas St. house, nicknamed The Manor.

A witness told Stuff they were halfway up the stairs when people starting pushing down as a "massive crowd" of people were going up.

A female student has died and two others suffered serious injuries during a house party at The Manor in Dunedin, New Zealand on Saturday night, according to New Zealand police. (Google Earth)

"They started to fall backward and when the people at the top started falling it was kind of like dominoes -- everyone went down and the people at the bottom of the stairs just ended up in a pile of people," the witness told the outlet.

"I was trying to hold it up, I could see it getting bad, then I started to get knocked over, got out of the way. I'm a heavy person, if I get anyone underneath me it wouldn't be good for them."

The witness said the congestion created a pile of roughly 50 people, with partygoers attempting to pull everyone off the mass of bodies. A student who was at the party told the NZ Herald that people fell down the stairs and landed on the female student who died.

"She may have been trampled," the student told the Herald.

Otago Coastal Commander Inspector Marty Gray said the female victim was carried out of the house with officers and partygoers who attempted to resuscitate her for "a good five minutes."

"There were 500-600 partygoers, very anxious, a lot of uncertainty as you'd imagine," Gray told the outlet.

One student who managed to escape the pileup described the chaos to the Herald.

"I got pushed to the ground with two other girls I remember, and we were looking at each other screaming and crying trying to get up," she said. "I kept repeating 'please don't let me die, I don't want to die'.

"I don't know how long I was down there, but it was the most terrifying experience of my life -- I thought that was how I was going to die. I just ran out of the building screaming."

Gray said an ambulance and police were called to the property before midnight after the occupants asked for help in shutting down the party. When they arrived, he says a large number of people were in the process of leaving, with reports of people being injured as they did so.

"If you were at the party and have not spoken to police, we would ask you to please get in touch, to help us piece together what happened," Gray said.

Police say victim support is available for those who were present.