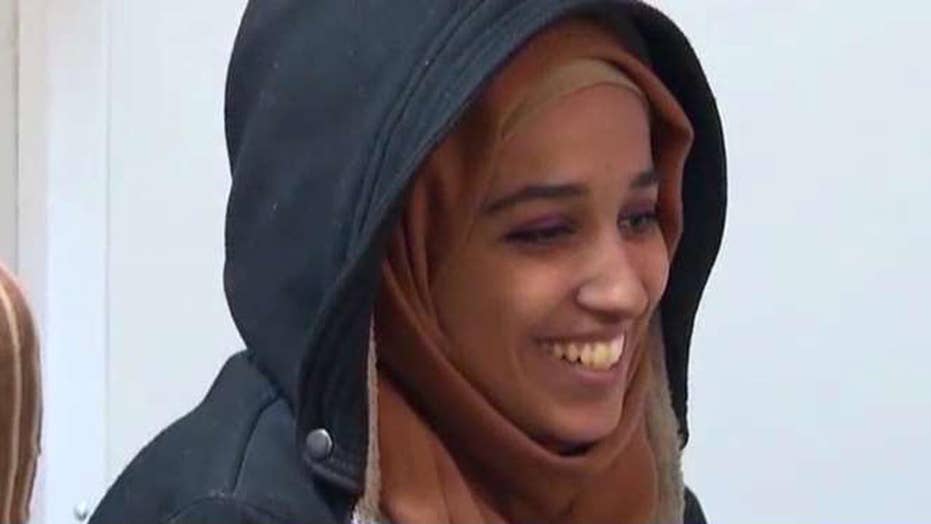 Female jihadists are just as dedicated as their male counterparts when it comes to bringing to life an “Islamic State,” the European Union’s police agency stated Friday.

“Female jihadists are ideologically motivated as their male counterparts and their sense of empowerment lies in contributing to the building of an Islamic state,” Europol surmised in an extensive report titled “Women in Islamic State Propaganda,” adding that there are numerous examples of women who either executed or were intending to execute vicious attacks.

“(This) proves that women are willing to use violence if the ideology allows them to do so,” the report concluded. “For now it is not yet their role, but this balance may easily shift according to the organization’s strategic needs and developments on the ground.”

Europol figures show that around 15 percent of individuals convicted on jihadi terrorism-related charges in the European Union last year were female, and the often murky role that women do play in ISIS has become a particular cause for concern as foreign governments are being pressed to allow terrorists' wives and their families to return to their homeland having fled abroad to Iraq and Syria.

“Women are as ideologically motivated, if not more so, than men," Anne Speckhard, director of the Study of Violent Extremism (ICSVE) and Adjunct Associate Professor of Psychiatry at Georgetown University, told Fox News. "This is because women in groups like ISIS and al Qaeda often have fewer combat roles and more supportive roles so they fall into learning and spreading this virulent ideology to others—primarily their children and other women, and are also often very active as Internet recruiters.

“Militant jihadi groups appeal to their recruits by blaming the West as they show Muslim victims of violence and females are particularly sensitive to being moved into action when they see other women and children as victims of violence.”

Analysts in recent years have pointed to the notion that women’s roles within extremist outfits like ISIS have expanded when it comes to establishing and upholding the foundations of the organization.

Foreign women who flocked to join ISIS had an especially important role in recruiting other, primarily western, women. Some joined a group known as the Kata’ib al-Khansa brigade which functioned as a type of religious police ensuring females upheld the strict Sharia dress code and regulations; and issued harsh punishments for violators including jail terms, floggings and publicly humiliating them in iron cages.

An International Center for Counter-Terrorism (ICCT) policy briefing at The Hague last year also concluded that “women’s roles have been complementary to men’s and argue that women form an integral part of contemporary jihadism that cannot be seen as separate from or secondary to men’s contributions.”

“These women mostly played supportive or facilitative roles as mothers and wives, as propagandists and recruiters. Some women have been involved in educative, administrative, logistical, social and medical positions,” the brief stated. “On a smaller scale, women in ISIS have been involved in operational positions, including those that are related to the planning or execution of attacks.”

Both the ICCT and Europol reports underscored that the additional step of including women in combatant positions has something of a “shaming” effect on men, thus propelling them to take up arms.

“But women can also be powerful forces for counter-messaging and counter-radicalization. Most ISIS cadres kept in touch with their mothers even during years of serving in ISIS, calling home regularly and many regretted not having listened to their mother’s advice not to join,” Speckhard pointed out. “Mothers and sisters can be powerful voices to speak against getting involved in militant jihadi movements.”

ISIS wife who went from her home in Germany to Syria, Heida Raufi, says she is writing a book in the hopes of preventing other women from making the same “mistake” she did. (Hollie McKay/Fox News)

David Ibsen, the Executive Director of the Counter Extremism Project (CEP) stressed that while there have been many examples of women and girls having served as recruiters, recruits, or fighters for ISIS, these roles are often assumed to earn privileges and a reprieve from the brutality and isolation of their environments.

“To be clear, women within ISIS-held territory are denied basic human rights. Rape and physical abuse for girls as young as nine years old are a constant threat,” he added. “By cooperating with ISIS, women, and girls can earn freedom of movement, and better access to health care as compared to their non-recruiter counterparts.”