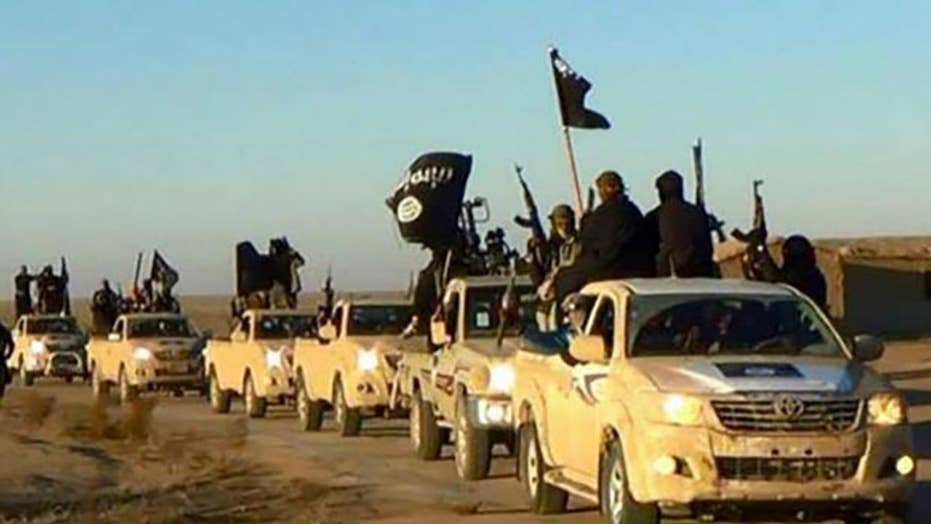 What will it take for Congress to take action? Security Studies president Jim Hanson reacts.

As the dust from years of ISIS occupation settles in a still damaged and bleeding Iraq, Baghdad has sentenced thousands of convicted Iraqi nationals and foreign fighters accused of membership to the brutal terrorist group, sending them to the gallows.

But swift trials and shadowy evidence has many international watchdogs concerned that the quest for swift justice is not only in violation of human rights law and due process, but will serve as a precursor to further violence among factions in the near future.

According to Amnesty International, at least 3,000 individuals have been handed capital punishment. At least 19,000 have been detained.

“Essentially these trials last anywhere from one to 10 minutes, and they bring them into the court in packs of around 50 to 80 at any one time and they are all sentenced together,” Philippe Nassif, Amnesty’s Advocacy Director for the Middle East and North Africa, told Fox News. “This is extremely problematic. We don’t know if some of these folks actually committed crimes. This is a troublesome trend.”

According to one Baghdad-based source with firsthand knowledge on the legal protocol, almost all who take the stand plead that they did not fight and deny pledging loyalty to the enigmatic leader, Abu al-Baghdadi.

“They all claim that ISIS forced them to stay in Syria,” the source said, noting that that the Iraqi judges typically then present evidence highlighting their alleged crimes and subsequent sentences are announced.

The source noted that any person accused of a crime, terrorism or otherwise, are assigned a court-appointed attorney if they don’t have their own.

“But the lawyer meets with the ISIS members usually only ten minutes before the trial to talk to him and read the file case before the trial and then has to make a case to defend,” the insider claimed.

A man cries as he carries his daughter from an ISIS-controlled area of Mosul, Iraq (REUTERS/Goran Tomasevic)

Human Rights Watch has also underscored that in some cases there has been a failure to distinguish between “the culpability of doctors who protected lives under ISIS rule and those responsible for crimes against humanity,” and noted that ISIS suspects are seemingly being tried under broad counterterrorism laws, primarily for ISIS membership, rather than focusing on explicit actions or crimes. Other activists have bemoaned that confessions are produced under duress.

Nassif furthermore lamented that the “opaque” judicial process and the abrupt trial process has also meant that international observers, who are seeking justice for victims and want to know the details of the possible war crimes committed by the accused are left in the dark.

“From an international law perspective, we want to know what they did or where the mass graves might be,” he continued. “We are also concerned this will only feed discontent. Most on trial are Sunni men and already feel marginalized and isolated in Shia-majority Iraq, some just have the unfortunate last name of someone who did fight on behalf of ISIS, and there could be retaliation.”

It remains unclear the window of time between the sentencing and the execution. Interior Ministry sources say it most often takes years for the President to sign for the execution – most often by hanging – to be carried out.

While the death penalty was briefly halted after the U.S invasion and toppling of Saddam Hussein at the end of 2003, it resumed the following year and since then more than 6,000 are believed to have been handed the ultimate sentence for terrorist involvement, included some 300 women.

From the view of Iraq’s authorities, they are soldiering a great burden in having to rebuild their broken country with little means or money, as well as deal with the thousands of fighters – many of them foreigners, and most of which foreign countries have refused to allow to return home to face the legal system in their homeland.

Just last week, an Iraqi court sentenced four French ISIS members to death, making the total of Frenchmen awaiting their final orders six. They are among the dozens of French citizens behind bars in the post-ISIS era. French officials have decried the execution orders, but at the same time refused to take them back.

Baghdad authorities have also purported to highlight that in some limited cases, they have found charged ISIS operatives to be innocent and emphasized that they do have “amnesty” provisions in place in which some may be entitled to release after conviction.

“Despite the heinous nature of the crimes of the ISIS fighters and the complex problem of what to do with foreign fighters, Iraq’s execution of fighters from the Middle East, Europe, and elsewhere after hasty trials will almost certainly breed resentment in certain pockets and feeds into ISIS’s own narrative,” said Raphael Marcus, Visiting Research Fellow in the Department of War Studies at Kings College London. “Iraq would be better suited to conduct a more transparent and thorough judicial process in order to further expose the crimes of ISIS to the world and offer recourse to the victims of ISIS.”

Mothers hold up posters of their sons, Iraqi soldiers who were killed, at a courtroom in Baghdad, Iraq, Wednesday, July 8, 2015. An Iraqi court has issued death sentences to 24 militants for their role in killing hundreds of soldiers last year. The slain soldiers were captured by the Islamic State group when they overran Saddam Hussein's hometown of Tikrit in summer 2014. At the time, the soldiers were trying to flee from a nearby army base. (AP Photo/ Karim Kadim (The Associated Press)

Yet given the torment that Iraq has had to endure and the countless civilian and soldier lives lost in the vicious campaign to wipe ISIS from the territorial map, Baghdad appears to be intent on not taking any chances. While no longer controlling land, ISIS continues to wreak havoc – launching deadly attacks, setting precious crops ablaze. The fate of thousands of Yazidis who were captured to be sex slaves is still unknown.

And for many Iraqis who have suffered for years at the hands of the brutal insurgency, there is little sympathy left or belief in the international legal system.

“We were hurt from all these ISIS explosions, our people were raped, and millions have been displaced. We are all still suffering the damage of our infrastructures so we demand they be executed,” one Iraqi writer and researcher told Fox News. “After trials, there is no need to keep them in prisons or give them more time to pay bribes or organize exchanges if they are foreigners.”