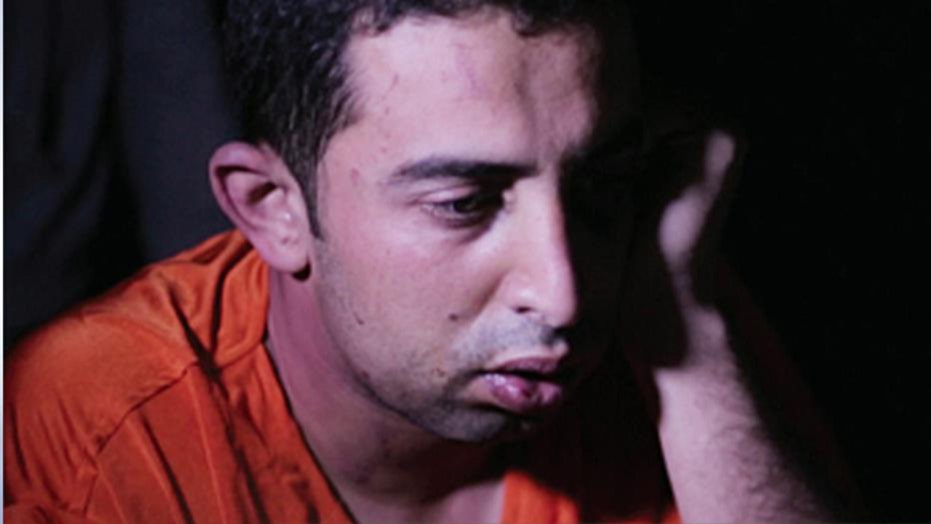 Reaction from Amb. Christopher Hill, former US ambassador to Iraq

AII, Jordan – The father of the Jordanian pilot captured by the Islamic State group appealed Saturday to the militants to treat his son well and with respect.

The pilot, 1st Lt. Mu'ath al-Kaseasbeh, was taken captive on Dec. 24 after his F-16 fighter jet crashed near the extremists' de facto capital of Raqqa in northern Syria. The 26-year-old Jordanian is the first known foreign military pilot to fall into the militants' hands since the U.S.-led international coalition began its aerial campaign against the IS in September.

Speaking to reporters from his home village of Aii in central Jordan, the pilot's father, Safi Yousef al-Kaseasbeh, said Saturday that he is "confident" that his son is "in safe hands in a place where he is respected."

"I want to tell our brothers in the Islamic State that Mu'ath is your son same as he is our son," al-Kaseasbeh said. "My message to them on this day, the birthday of the Prophet Muhammad, is that they treat him in a good way, and to treat him as a guest."

The younger al-Kaseasbeh was carrying out airstrikes against the militants when his warplane went down.

In its monthly magazine, the Islamic State group published what it said was an interview with al-Kaseasbeh in which the pilot says he was shot down by a heat-seeking missile. That version contradicts statements from the United States, which has denied that the militants downed the Jordanian's aircraft.

Other than the purported interview, there has been no word on al-Kaseasbeh or his fate.

The Islamic State group follows an extremist version of Islam that considers rivals, even some fellow Sunni Muslims, as apostates, and the group has executed captured Iraqi and Syrian Muslim soldiers in the past. Still, the group may want to negotiate a prisoner swap or other concessions from Jordan.