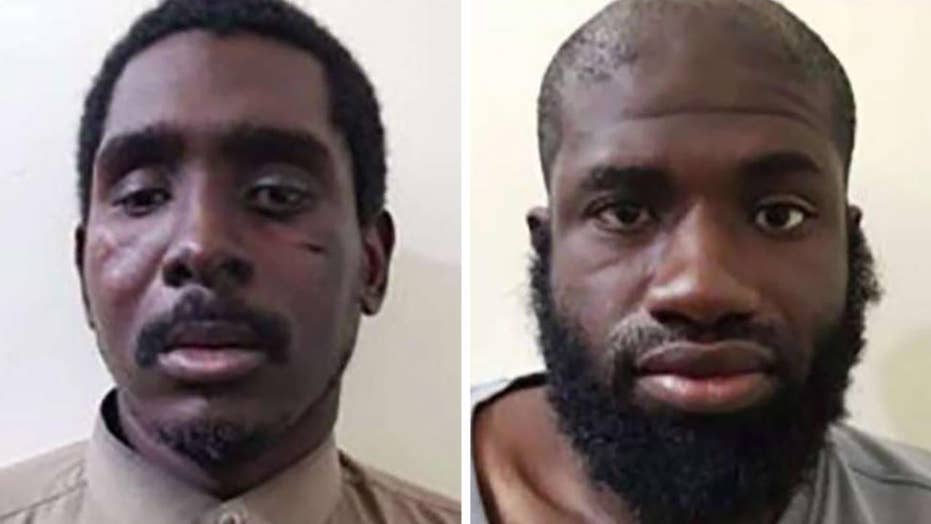 Two Americans fighting for ISIS captured in Syria, according to reports

The Pentagon says they are investigating reports that two men from the U.S. have been detained by Kurdish forces; Jennifer Griffin reports.

The capture of five alleged ISIS foreign fighters in Syria in recent days – two of whom are American – has again raised the uneasy questions concerning the fate of suspected militants, given that most of the international community does not want them returning home.

The U.S-backed Syrian Democratic Forces (SDF) announced Sunday that the two U.S citizens, who have since been identified as Texas native Warren Christopher Clark, who applied to become an English teacher with the terrorist outfit, and Zaid Abed al-Hamid.

The ISIS ranks swelled with tens of thousands of foreign fighters soon after the group stunningly took over huge swaths of territory in Iraq and Syria. But the group's controllable land has shrunk to a land pocket near the border of the two countries over the past 18 months, and most of the foreigners have either been killed in fighting or have escaped the country.

Nonetheless, SDF prisons have around 800 seized fighters languishing behind bars. And the prisoners' fate is increasingly ambiguous, given President Donald Trump’s recent decision to withdraw all 2,000 U.S troops from Syria and hand the final mop up operation to Turkey, who view most of the Kurdish forces in the area as terrorists.

Meanwhile, Syrian President Bashar al-Assad has vowed to reign once again over the entire country, as the bitter eight-year civil war winds down.

INSIDE RAQQA: FROM ISIS 'CALIPHATE' TO CRUMPLED CITY OF LANDMINES, AND LOSS

The SDF has repeatedly reached out to all foreign governments, and requested they take back their detained citizens. But most governments have so far ignored the request, or refused to do so. Only around two dozen suspected ISIS members have formally returned to stand trial.

As it stands, there are 48 nationalities of fighters in jail and many have wives and children who are being held in partitioned areas of displacement camps.

The United States, along with France and Britain, are assuming much of the cost associated with running the detention facilities. But the SDF is in charge of security. When the U.S withdraws, it is unclear what will happen.

Unlike neighboring Iraq, which has sent scores of ISIS fighters to the gallows, the SDF does not have the death penalty. And officials in the group say they do not have the resources and capacity to give each prisoner an adequate trial.