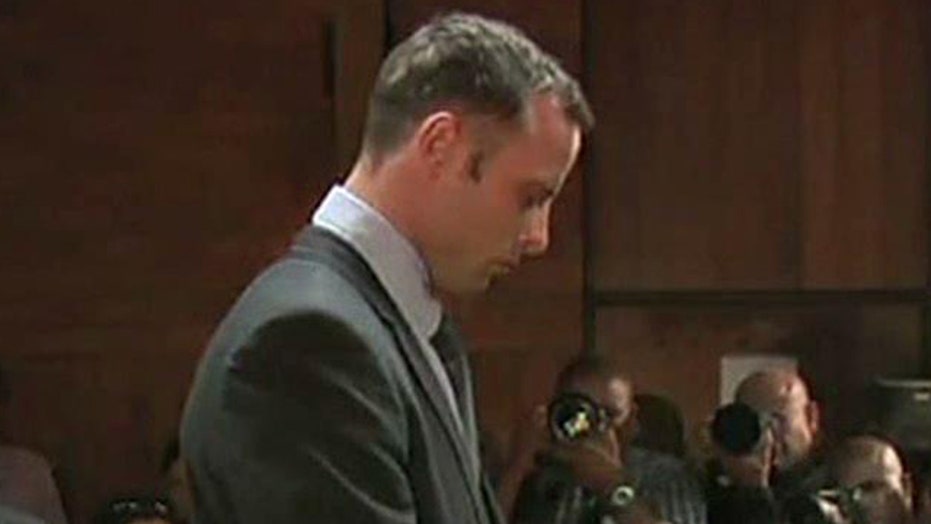 How credible is the Pistorius investigation?

Attorneys David Schwartz and Rachel Self weigh in

The family of Oscar Pistorius' deceased girlfriend is criticizing the reaction in the court from the double-amputee athlete's family after a judge granted him bail.

"Everybody wants to jump up with joy," Mike Steenkamp, the uncle of Reeva Steenkamp, said, speculating on the mood of Pistorius' family after the judge's decision. "I think it was just done in the wrong context, completely."

The Pistorius family cheered as the decision was read, with one family member yelling "Yes!," the Guardian reports.

The victim's relatives also harbor misgivings about efforts by the Olympian's family to reach out to them with condolences.

Mike Steenkamp told The Associated Press that Pistorius' family initially did not send condolences or try to contact the bereaved parents, but had since sought to reach out in what he described as a poorly timed way.

However, after Pistorius was released on bail in what amounted to a victory for the defense, Arnold Pistorius said the athlete's family was relieved but also in mourning "with the family" of Reeva Steenkamp.

A South African newspaper, the Afrikaans-language Beeld, quoted the mother of Reeva Steenkamp, 29, a law school graduate and participant in a television reality show, as saying the family had received a bouquet of flowers and a card from the Pistorius family.

"Yes, but what does it mean? Nothing," June Steenkamp said, according to the Saturday edition of Beeld. She also said Pistorius' family, including sister Aimee, a somber presence on the bench behind the Olympian during his court hearings in the past week, must be "devastated" and had done nothing wrong.

"They are not to blame," June Steenkamp said. According to Beeld, she said she had hoped to plan a wedding for her daughter one day.

Pistorius, meanwhile, spent Saturday at his uncle's home in an affluent suburb of Pretoria, the South African capital. He was charged with premeditated murder in the shooting death of girlfriend Reeva Steenkamp in the early hours of Valentine's Day, but the athlete says he killed her accidentally, opening fire after mistaking her for an intruder in his home.

"We are extremely thankful that Oscar is now home," his uncle, Arnold Pistorius, said in a statement that also acknowledged the law must run its course. "What happened has changed our lives irrevocably."

In an affidavit, 26-year-old Oscar Pistorius said he was "absolutely mortified" by the death of "my beloved Reeva," and he frequently sobbed in court during the several days during which his bail application was considered. However, prosecutor Gerrie Nel, suggested in a scathing criticism that Pistorius was actually distraught because his vaunted career was now in peril and he was in grave trouble with the law.

"It doesn't matter how much money he has and how good his legal team is, he will have to live with his conscience if he allows his legal team to lie for him," Barry Steenkamp, Reeva's father, told Beeld .

"But if he is telling the truth, then perhaps I can forgive him one day," the father said. "If it didn't happen the way he said it did, he must suffer, and he will suffer ... only he knows."

Barry Steenkamp suffered "heavy trauma" at the loss of his daughter and his remarks to the newspaper partly reflect how he is working through it, said his brother, Mike Steenkamp.

Steenkamp was cremated in a funeral ceremony on Feb. 19 in her family's hometown of Port Elizabeth on South Africa's southern coast. Mike Steenkamp delivered a statement about the family's grief to television cameras, at one point breaking down in tears.

The three-story house where Pistorius is staying with his aunt and uncle lies on a hill with a view of Pretoria. It has a large swimming pool and an immaculate garden.

Pistorius was born without fibula bones due to a congenital defect and had his legs amputated at 11 months. He has run on carbon-fiber blades and was originally banned from competing against able-bodied peers because many argued that his blades gave him an unfair advantage. He was later cleared to compete. He is multiple Paralympic medalist, but he failed to win a medal at the London Olympics, where he ran in the 400 meters and on South Africa's 4x400 relay team.