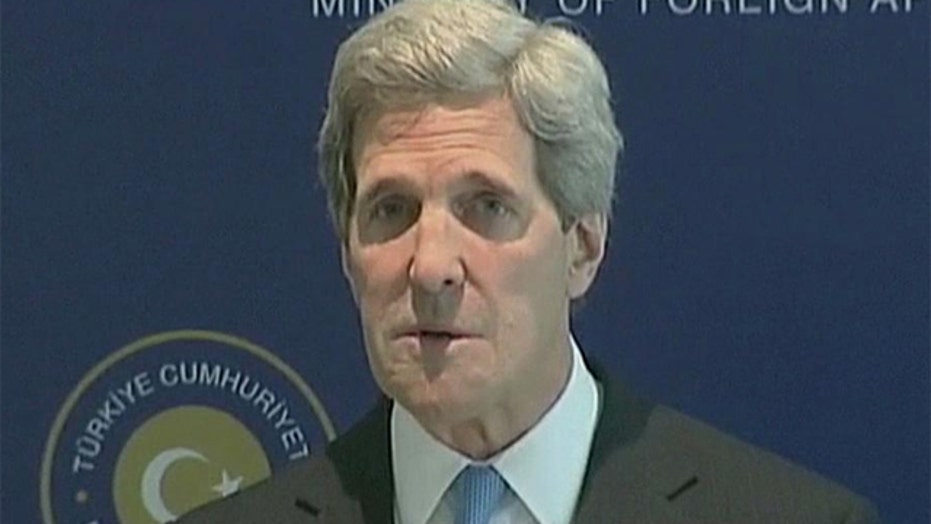 Sec. Kerry speaks on death of diplomat in Afghanistan

KABUL, Afghanistan – Anne Smedinghoff had a quiet ambition and displayed a love of global affairs from an early age, joining the U.S. Foreign Service straight out of college and volunteering for missions in perilous locations worldwide.

So when the 25-year-old suburban Chicago woman was killed Saturday in southern Afghanistan — the first American diplomat to die on the job since last year's attack in Benghazi, Libya — her family took solace in the fact that she died doing something she loved.

"It was a great adventure for her ... She loved it," her father, Tom Smedinghoff, told The Associated Press on Sunday. "She was tailor-made for this job."

Anne Smedinghoff grew up in River Forest, Ill. — an upscale suburb about 10 miles west of Chicago — the daughter of an attorney and the second of four children. She attended the highly selective Fenwick High School, followed by Johns Hopkins University, where she studied international relations and became a key organizer of the university's annual Foreign Affairs Symposium in 2008. The event draws high-profile speakers from around the world.

Those who knew Smedinghoff described her as a positive, hard-working and dependable young woman.

While a student in Baltimore, she worked part time for Sam Hopkins, an attorney near campus. He described her as ambitious "but in a wonderfully quiet, modest way."

Her first assignment for the foreign service was in Caracas, Venezuela, and she volunteered for the Afghanistan assignment after that. Her father said family members would tease her about signing up for a less dangerous location, maybe London or Paris.

"She said, 'What would I do in London or Paris? It would be so boring,'" her father recalled. In her free time, she would travel as much as possible, her father said.

Smedinghoff was an up-and-coming employee of the State Department who garnered praise from the highest ranks. She was to finish her Afghanistan assignment as a press officer in July. Already fluent in Spanish, she was gearing up to learn Arabic, first for a year in the U.S. and then in Cairo, before a two-year assignment in Algeria.

Secretary of State John Kerry said Sunday at a news conference in Turkey that Smedinghoff was "vivacious, smart" and "capable." Smedinghoff had assisted Kerry during a visit to Afghanistan two weeks ago.

He also described Smedinghoff as "a selfless, idealistic woman who woke up yesterday morning and set out to bring textbooks to school children, to bring them knowledge."

Her father said they knew the assignments were dangerous, though she spent most of her time at the U.S. Embassy compound. Trips outside were in heavily armored convoys — as was Saturday's trip that killed five Americans, including Smedinghoff.

"It's like a nightmare, you think will go away and it's not," he said. "We keep saying to ourselves, we're just so proud of her, we take consolation in the fact that she was doing what she loved."

Friends remembered her Sunday for her charity work too.

Smedinghoff participated in a 2009 cross-country bike ride for The 4K for Cancer — part of the Ulman Cancer Fund for Young Adults — according to the group. She served on the group's board of directors after the ride from Baltimore to San Francisco.

"She was an incredible young woman. She was always optimistic," said Ryan Hanley, a founder of the group. "She always had a smile on her face and incredible devotion to serving others."

Funeral arrangements for Smedinghoff are pending.