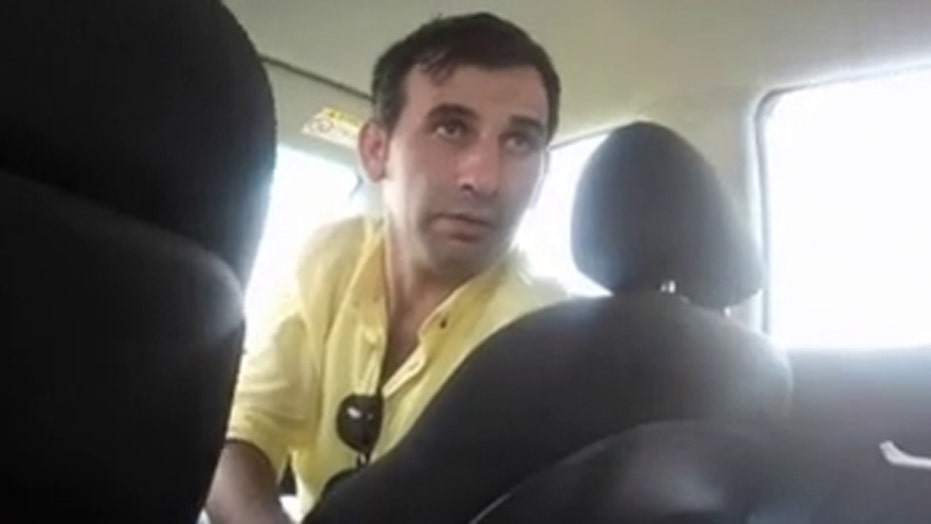 Kurdish forces battling ISIS in Iraq are suffering severe health effects and pleading with the international community for help after being attacked with chemical weapons including mustard gas, according to a western military expert embedded with them who provided gruesome photos backing the charges.

Exclusive images obtained by FoxNews.com show Kurdish fighters afflicted with the telltale burns and blisters sustained after fierce fighting as recently as last week in the mountainous Barzani Province. Fighters described being targeted by mortars that exploded to unleash clouds of toxic chemicals. Several are now being treated as recently as last week for severe burns and blisters, debilitating breathing problems and even blindness.

“The Kurdish forces have been attacked multiple times with chemical weapons - the last time was a week ago,” said Tony Schiena, of MOSAIC, a private military and intelligence outfit based in the U.S. and London that trains foreign militaries in tactical operations and intelligence gathering. “They are horrified, not only by the Islamic State’s use of mustard gas, but also chlorine, as well as another unidentified chemical agent they were told by foreign advisors could be sarin.”

“ ... the way these symptoms changed over time, and the patients’ testimony about the circumstances of the poisoning all point to exposure to a chemical agent.”

Sarin, a designated weapon of mass destruction, is a colorless and odorless nerve agent, while mustard gas is a chemical warfare agent widely used by the Germans in World War I.

Schiena, a former South African special operator hired to train Kurdish Peshmerga Special Forces in Iraq in counter terrorism and defensive tactics, told FoxNews.com he traveled with the head of Peshmerga military intelligence over the last several days through the mountains of the Barzani Province to the front lines. There, he met with base commanding generals, medics and victims of chemical weapons attacks who, in some cases, are still struggling a month after exposure.

This Kurdish fighter described ISIS mortars that emitted a cloud of poisonous fumes.

Schiena said the fighters described a yellow gas that smelled like rotten onions and garlic, descriptions consistent with mustard gas. He said the Kurds desperately need masks and protective suits to continue their fight against the black-clad jihadist army. ISIS is armed with sophisticated weapons seized from Iraqi forces, plundered stockpiles from the arsenals of Saddam Hussein and an increasing number of improvised weapons, including chemicals, Schiena said.

For example, the Islamic State uses propane canisters filled with bolts and nails, valves added to either side, with a tail and wings welded on, to create a rocket that explodes on impact. The rocket disperses flaming hot bolts and nails as well as chemical weapons and can set off  vehicle-borne improvised explosive devices such as a Hummer laden with explosives, or ordnances attached to suicide bombers.

Medical experts say these yellow blisters are a sure symptom of chemical weapons poisoning.

One Kurdish soldier said that of 52 mortars ISIS launched at his team during one attack, three released yellow smoke that caused their skin to immediately water, discharge liquids, blister and create large wounds. Soldiers exposed to the gas vomited and experienced extreme abdominal pain and severe burning and itching eyes. Other mortars discharged a silver glittery substance that stuck to their skin like glue. The Kurdish soldiers said the Iraqi military also said ISIS used these chemical weapons on their forces.

“Imagine being the only organized force fighting this great evil on the front lines, getting hit by chemical weapons and you have nothing, not even a mask to protect yourself,” Schiena said.

Schiena appealed to Prince Ali of Jordan, who he said arranged for delivery of 1,000 gas masks, but said many more are needed. He questioned why the U.S. and other countries aren’t providing more support to the Kurdish fighters.

Ryan Mauro, national security analyst for the Clarion Project, said one key question is where the chemical weapons originated from.

Fighters on the front lines had no protective gear, according to Tony Schiena, shown above inspecting the wounds of a Kurdish fighter.

“Are they from the old stockpiles that Saddam Hussein supposedly didn't have, or did they come from the Syrian regime's stockpile that they claim to have disarmed?” Mauro asked.

Germany's Federal Intelligence Service BND has documented the Islamic State’s use of mustard gas, according to a Sept. 7 article in the German daily newspaper Bild, which said agents took blood samples from Kurds injured in clashes with ISIS in Northern Iraq.

While the U.S. Defense Department won’t confirm the Islamic State is using mustard gas, Pentagon spokeswoman Cmdr. Elissa Smith said officials have reviewed the most recent reports detailing the alleged use of chemical weapons by ISIS in Syria and Iraq.

“While we will not comment on intelligence or operational matters, let us be clear: Any use by any party, be it state or non-state actor, of a chemical as a weapon of any kind is an abhorrent act,” Smith said. “Given the alleged behavior of ISIL and other such groups in the region, any such flagrant disregard for international standards and norms is reprehensible.”

She said the U.S. military continues to work with coalition partners to ultimately “destroy” ISIS.

The coalition also has been working with the government of Iraq to provide support through training and equipping. In addition, the U.S. is spending an average of $9.9 million a day, or $3.7 billion since Aug. 8, 2014, for 373 days of operations.

“We have seen that with effective training, equipping, and command and control, and backed by Coalition airpower, that the Iraqi forces absolutely have the will to fight,” Smith said. “We have seen this repeatedly from the Iraqi Security Forces, including the Kurdish Peshmerga -- in Tikrit, in Baghdadi, in Haditha, at Sinjar Mountain, at Rabiya, and at Mosul Dam.”

Civilians also have been targets of the chemical weapons, according to the international medical organization Doctors Without Borders.

A family in the Azaz District in Northern Syria was attacked in their own home on Aug. 21 with a mortar that discharged a yellow gas.

The three-year-old girl and a five-day-old baby girl along with their parents arrived at a Doctors Without Borders hospital one hour after the attack, suffering from respiratory difficulties, inflamed skin, red eyes, and conjunctivitis. Within three hours they developed blisters and their respiratory difficulties worsened, the group reported.

“[Doctors Without Borders] has no laboratory evidence to confirm the cause of these symptoms,” said Pablo Marco, Doctors Without Borders' program manager for Syria, in a statement. “However, the patients’ clinical symptoms, the way these symptoms changed over time, and the patients’ testimony about the circumstances of the poisoning all point to exposure to a chemical agent.”