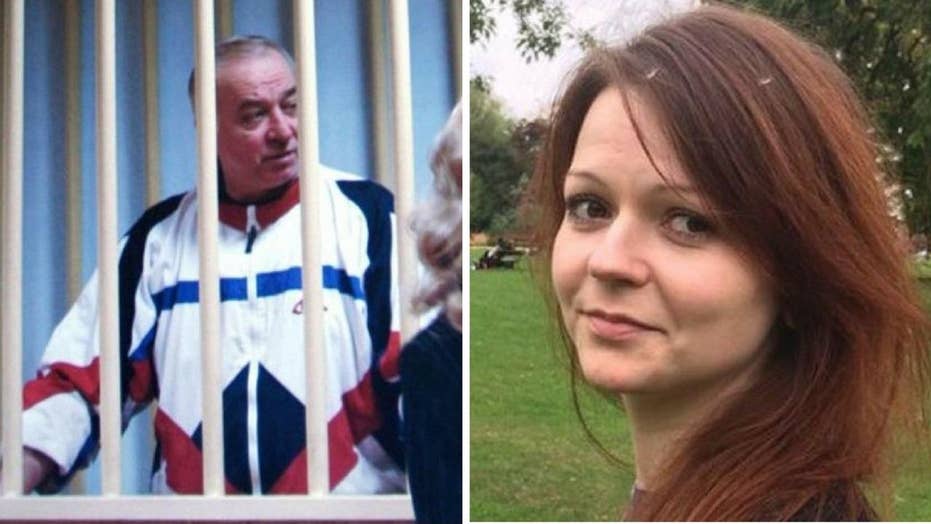 Poisoned ex-spy Sergei Skripal and his daughter are likely the latest victims in a long line of Russia's Kremlin-ordered hits. Here is a look back at the victims of alleged Kremlin-ordered assassinations.

The poisoned daughter of Russian ex-spy Sergei Skripal said Thursday her "strength is growing daily," and that she is grateful for the interest shown in her case.

In a statement released by Metropolitan Police, Yulia Skripal, 33, said that she woke up over a week ago after being poisoned along with her father in the southwestern city of Salisbury on March 4.

"I am grateful for the interest in me and for the many messages of goodwill that I have received," she said. "I have many people to thank for my recovery and would especially like to mention the people of Salisbury that came to my aid when my father and I were incapacitated. Further than that, I would like to thank the staff at Salisbury District Hospital for their care and professionalism."

The 33-year-old added that the entire episode is "somewhat disorientating," and that she hopes that the public will "respect my privacy and that of my family during the period of my convalescence."

In the statement, Skripal made no mention of the condition of her father, Sergei. Both have been treated at the Salisbury District Hospital since being found collapsed on a public bench on 4 March.

Russian state Rossiya TV on Thursday released a recording of a purported phone call between Yulia Skripal and her cousin in Russia, although the broadcaster said it could not verify its authenticity. In the call, Yulia Skripal allegedly says she and her father are both recovering and in normal health, and that her father's health has not been irreparably damaged.

Britain has blamed Russia for the poisoning using a military grade nerve agent. In response, more than two dozen Western allies including Britain, the U.S. and NATO have ordered out over 150 Russian diplomats in a show of solidarity.

Russia's top diplomat on Thursday described the British accusations against Moscow over the nerve agent poisoning of an ex-spy as a mockery of international law and said Russia will push to find out the truth.

Moscow has fiercely denied its involvement in the nerve agent attack and expelled an equal number of envoys. The diplomatic turmoil has hit lows unseen even at the height of the Cold War.

"The so-called Skripal case has been used as a fictitious, orchestrated pretext for the unfounded massive expulsions of Russian diplomats not only from the U.S. and Britain but also from a number of other countries who simply had their arms twisted," Lavrov said at a conference in Moscow. "We have never seen such an open mockery of the international law, diplomatic ethics and elementary decorum."

On Wednesday, Russia called a meeting of the international chemical weapons watchdog to demand a joint investigation with Britain into the poisoning — the demand that London has rejected.

Former Putin target on why Russia is behind spy poisoning

The Hague-based Organization for the Prohibition of Chemical Weapons (OPCW) voted against the Russian proposal, but Moscow said the number of countries that abstained from the vote suggested many have doubts about Britain's accusations.

"It's unacceptable to make unfounded accusations instead of conducting a fair investigation and providing concrete facts," Lavrov said. "Yesterday's debate in The Hague showed that self-respecting adults don't believe in fairy tales."

British Foreign Secretary Boris Johnson said Wednesday that "the purpose of Russia's ludicrous proposal at The Hague was clear — to undermine the independent, impartial work of the international chemical weapons watchdog."