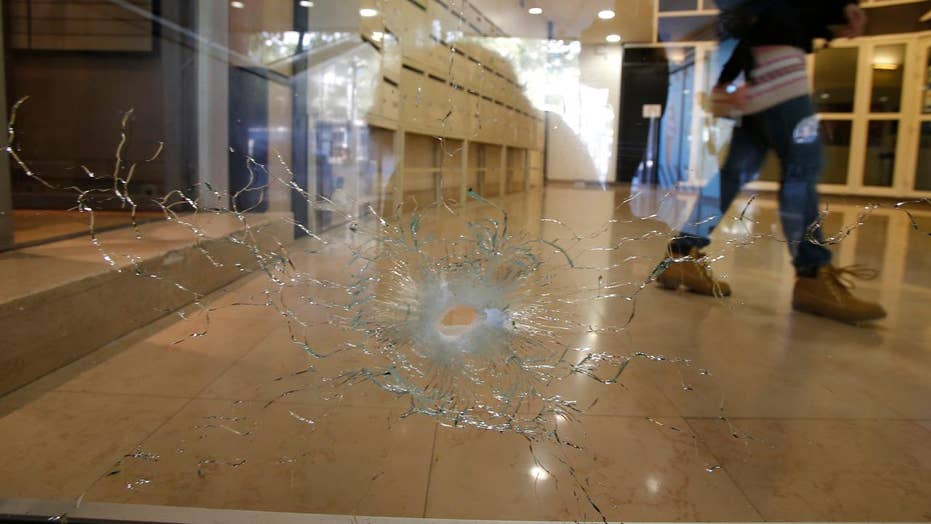 The shooting in Paris that killed a police officer and wounded three other people Thursday -- an attack claimed by the Islamic State -- fits a growing pattern of terror in Europe in which police and security forces specifically have been targeted.

The incident mirrored a series of similar French attacks in recent months, including one against soldiers providing security at the Louvre museum in February and another against forces at France’s Orly airport in March.

On February 3, a machete-wielding man shouting "Allahu Akbar" attacked four French soldiers in a shopping mall beneath Paris’ Louvre Museum. One of the soldiers suffered minor injuries in the incident and the attacker, who the soldiers tried to fight off before opening fire, was seriously wounded with five shots to the stomach.

On March 18, 39-year-old Ziyed Ben Belgacem was killed at Paris’ Orly airport after attempting to grab a soldier’s weapon. The man, yelling that he wanted to kill and die for Allah, grabbed a female soldier from behind in an attempt to take her gun before he was shot by another soldier. The attack, which was caught on video, wound up temporarily shutting down the French capital’s second largest airport.

Just days later, ISIS claimed responsibility for an attack in London in which four people were killed, including the assailant and a police officer who was fatally stabbed. Police shot the attacker, who later was pronounced dead. Thirty others were injured. The March 22 violence ignited after the man plowed an SUV into pedestrians on Westminster Bridge, outside of London’s Parliament building.

The violence seemingly fulfills a request from ISIS leaders to specifically target law enforcement. Historically, the terror organization has released propaganda videos calling for growing violence against security forces. The group unveiled a video in 2014, and re-released it in 2015 with specific calls to action.

"Strike their police, security and intelligence members, as well as their treacherous agents," ISIS spokesman Abu Mohammad Al-Adnani urged in the video. The United States, France, Australia and Canada all were listed as targets for terror activity.