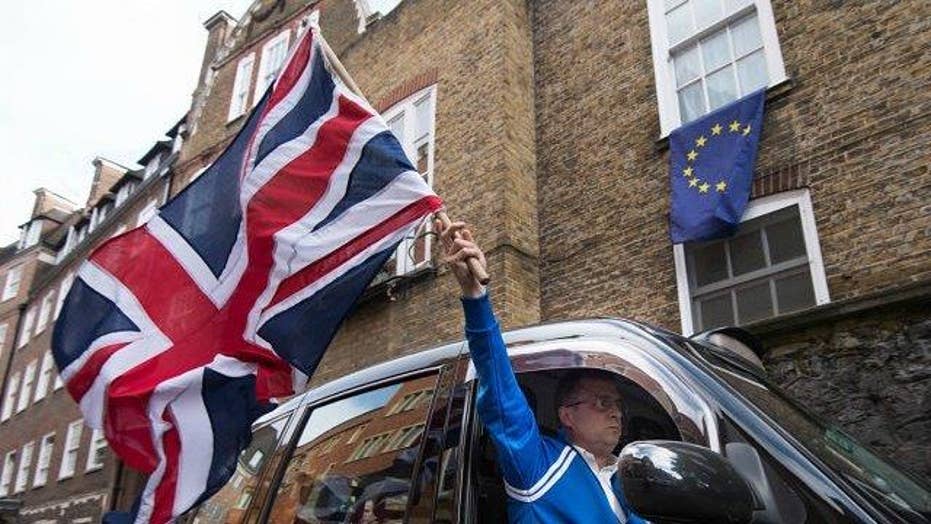 The press blame racism, but this vote was about unapologetic nationalism

OPINION: TRUMP'S INCREDIBLE VICTORY IS A SECOND BREXIT (ONLY BETTER)

Hungary’s foreign minister also boycotted the talks, saying the reaction of some in the EU was bordering on “hysterical.”

Foreign Secretary Johnson’s aides said he saw no point in attending the talks — planned as a precursor to the regular EU Foreign Affairs Council today.

A Foreign Office spokesman said he would not go to the meeting but would attend a regular Foreign Affairs Council meeting.

A senior UK official will be sent in his place, reports the BBC.

A Foreign Office spokesman told the broadcaster: “The Foreign Secretary will not attend the meeting convened for Sunday. There is a regular Foreign Affairs Council meeting on Monday where a range of issues can be discussed in the normal way.

“We do not see the need for an additional meeting on Sunday because the U.S. election timetable is long established. An act of democracy has taken place, there is a transition period and we will work with the current and future administrations to ensure the best outcomes for Britain.”

On Friday the Foreign Secretary, who previously said the brash billionaire is “clearly out of his mind”, said it is time to “snap out” of the “doom and gloom” surrounding his election.

BoJo, who has also said Trump's call for a ban on Muslims entering the U.S. showed his "stupefying ignorance", told reporters in Serbia that "people should focus on the opportunities... and not the problems."

After speaking to Vice President-elect Mike Pence, Boris said: "I would respectfully say to my beloved European friends and colleagues that it's time that we snapped out of the general doom and gloom about the result of this election and collective 'whinge-o-rama' that seems to be going on in some places.”

Boris’ remarks are in stark contrast to those of EU Commission President Jean-Claude Juncker.

Juncker told the BBC: "We will need to teach the president-elect what Europe is and how it works", adding that two years would be wasted while Mr Trump "tours a world he doesn't know."

Prime Minister Theresa May, who spoke to Mr Trump, has also had to skirt around her previous description of Mr Trump's Muslim ban idea as "divisive, unhelpful and wrong."

Mrs May has faced criticism from opposition politicians, who are mostly horrified at Mr Trump's election, for not following the lead of Angela Merkel.