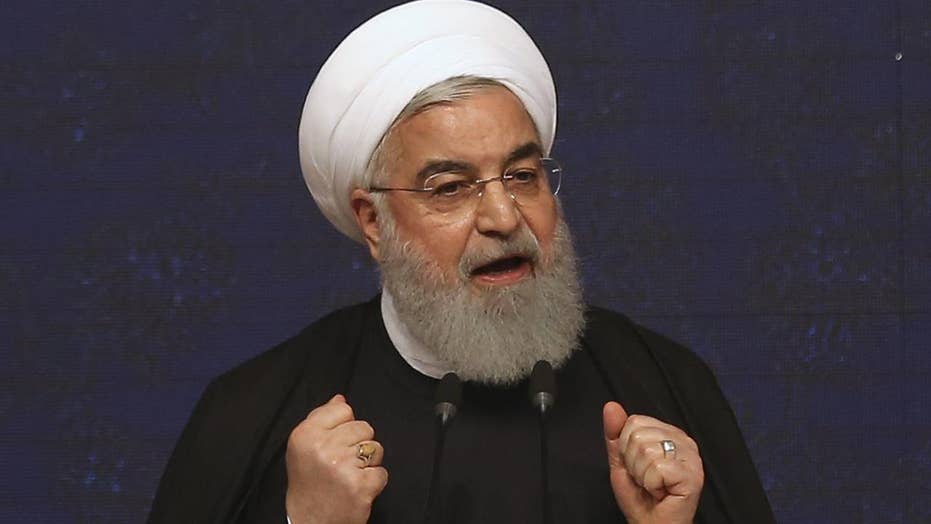 What does this mean for the U.S.? International relations expert Rebecca Grant weighs in.

An increasingly hamstrung European Union announced Thursday that it would not accept a 60-day “ultimatum” issued by Iran this week, in which the pariah government announced it would stop adhering to parts of the controversial 2015 nuclear deal unless new terms were negotiated with the remaining partners.

While the United States has withdrawn from the Obama-era Joint Comprehensive Plan of Action (JCPOA) – better known as the Iran Deal – that was intended to curb Tehran’s nuclear program, other signatories including France, the United Kingdom, Germany, and the E.U. have stayed in the agreement. However, their foreign ministries in a joint statement this week encouraged Tehran to remain committed to the current terms.

“We reject any ultimatums and we will assess Iran’s compliance on the basis of Iran’s performance regarding its nuclear-related commitments under the joint comprehensive plan of action and the treaty on the non-proliferation of nuclear weapons,” read the statement, issued by the E.U.’s foreign affairs chief Frederica Mogherini. “We strongly urge Iran to continue to implement its commitments under the JCPOA in full as it has done until now and to refrain from any escalatory steps.”

The members also bemoaned the fresh wave of U.S sanctions imposed on Tehran, underscoring growing tensions between the Trump administration and European allies over the hot-button issue.

On Wednesday, the United States unveiled another step of its “maximum pressure” campaign by slapping even more sanctions on the Iranian regime, this time targeting the country’s mining industry in a move widely perceived to sink its already fragile economy. Tehran, in turn, threatened to resume higher uranium enrichment.

Meanwhile, Iran’s leadership has expressed exasperation that the European signatories to the deal have voiced opposition to U.S. actions against them, yet failed to offer any meaningful economic agreements of lifelines.

On Sunday, concerns of a military escalation also deepened after the U.S. announced it would be sending a warship close to the Iranian borders following intelligence reports that the adversary was preparing to attack American troops deployed to the region. Indeed on Thursday, the aircraft carrier USS Abraham Lincoln passed through Egypt's Suez Canal en route to the Persian Gulf. The White House this week also dispatched B-52 bombers to the Persian Gulf amid the heightening tensions.