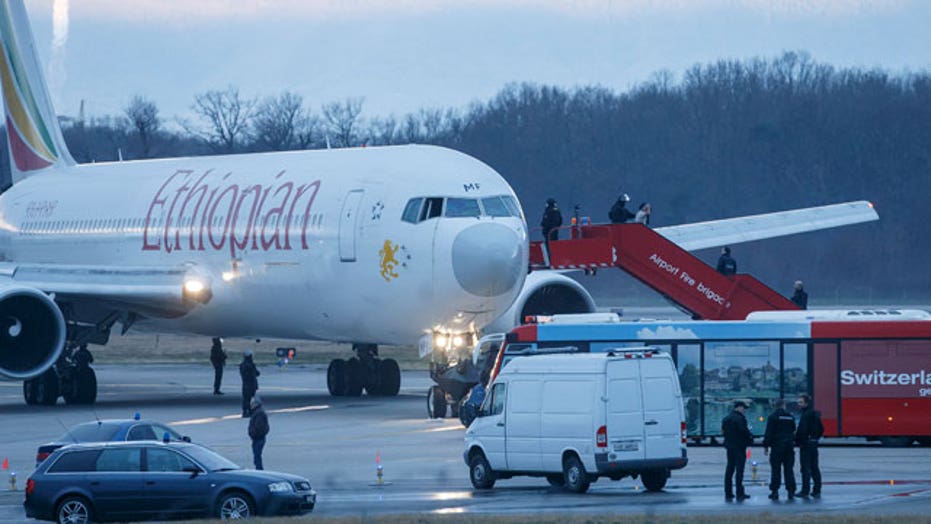 ADDIS ABABA, Ethiopia – The uncle of an Ethiopian pilot who hijacked a flight to Rome and took it to Geneva says his nephew had been distraught over the loss of another uncle.

The uncle, Alemu Asmamaw, told The Associated Press in a phone interview Tuesday that 31-year-old co-pilot Hailemedhin's Abera was in emotional distress over the past month following the sudden death of an uncle.

He did not say how Hailemedhin's uncle died.

Hailemedhin, who had worked for Ethiopian Airlines for five years, on Monday locked the pilot of a Rome-bound flight out of the cockpit and then diverted the plane to Geneva, where he sought asylum.

Geneva prosecutor Olivier Jornot said the co-pilot will be charged with taking hostages, a crime punishable by up to 20 years.