It is not just Americans hanging on the edge of their seats as they await definitive news on who will be their next president – incumbent Donald Trump or former Vice President Joe Biden.

Richard Mason, a South Africa-born, U.K.-based author and philanthropist, is one of many people around the world transfixed by the drama playing out in the United States.

"Every single person I know is literally glued to their TV sets," he told Fox News. "We know more about the Electoral College, state-by-state voting rules, than most of us know about our own electoral systems. They say that when the United States sneezes, Europe gets a cold.  Well, you guys have definitely got our attention." 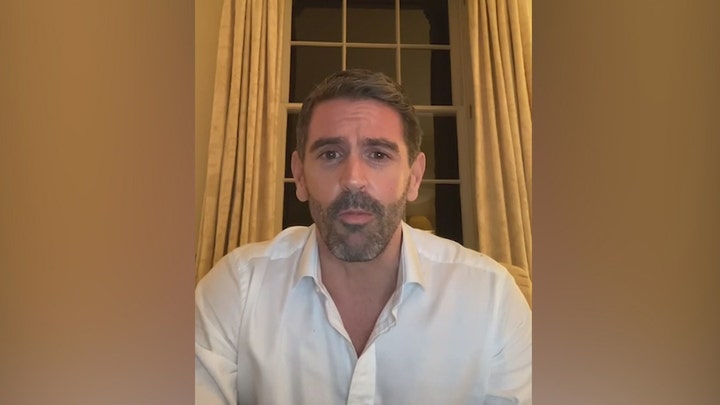 Like many citizens of the world, Mason has his own feelings about what happens next in America.

"I think it’s important to acknowledge, whoever wins, a lot of people voted for the other guy," he said.  "Whoever becomes the next president of the United States is going to face the enormous task of patching the country back together again.”

He continued: “The Americans I know really yearn for that, they want healing and civility and a return to normal life where you can disagree with each other and with your friends and neighbors without it being so abusive and violent and aggressive."

Across the world in China, this drawn-out election has provided entertainment for the masses.  An accountant who gave his name only as Duan told the Associated Press: “We heard there will be protests and lawsuits coming so I just wait for the follow-up and watch for fun. Chinese people enjoy being spectators."

In terms of the markets, they could go a lot of different ways depending on numerous calculations, but on Thursday Hong Kong was feeling a bump.

"Even we haven't gotten the actual results yet, the estimate, that Joe Biden winning the presidency will be extremely high at this point, so investors are betting that the so-called 'blue wave' will come this time, and then going forward the foreign policies will be more clear, so that's why investors are cheering for that, that's why the markets are performing well,” asset manager Jackson Wong said.

In Germany, where fear of trade wars and tariffs has been long brewing, there was optimism on markets Thursday morning.

"The Dax is pleased. If we take the vote count as of now, Joe Biden will become US president. That is good for Europe, good for Germany,” Robert Halver of Baader Bank said. “There is no trade war, the export nations breathe a sigh of relief, the export titles too, there is more transatlantic warmth again, less conflict with China; so the world economy is getting back on track. But what is also good: if the Senate in America remains Republican, there will be no big tax increases in America, which is what the Democrats intended."

A man stops to read a plaque below a mural of US presidential candidate Joe Biden in his ancestral home of Ballina, Ireland, Thursday, Nov. 5, 2020. (Brian Lawless/PAvia AP)

As world leaders largely try to keep their thoughts to themselves, France's foreign minister did let on that the Trump years have been testing ones for Europe – which is no secret after Trump's very public disputes with NATO and discord over the Iran nuclear deal.

"It's up to the Americans to choose their president. We'll then have to work with the person elected and with the new American administration no matter what happens,” Jean-Yves Le Drian said. “But the major difference is that there's been an evolution in four years. We will not go back to the previous situation, a type of good old times of trans-Atlantic relations. The world has changed in four years."

Trump and Secretary of State Mike Pompeo are proud of their achievements internationally from Abu Dhabi to Manama to Khartoum, who have all recognized the state of Israel under Trump's watch.

BIDEN HAS WON THE MOST VOTES OF ANY U.S. PRESIDENTIAL CANDIDATE

But Mason is representative of many in Europe who would like to see a greater focus on climate change as one of many issues.

"I love America.  I do a lot of work in America. I have great American friends,” he told Fox News. “I think that America is one of the most exciting, creative, forward-thinking countries on earth and that opinion hasn’t changed over the last four years, but I will say President Trump has tested it.  America has a critically important role to play in the world in terms of advancing human rights, protecting us from runaway climate change, defending democracy, and the Trump administration has dropped the ball on a lot of issues facing humankind."

Gerd Lindner, who said he's a huge fan of US President Donald Trump, poses near a paper mache effigy of Trump with a Trump mask to support the president a day after the election in the front of the United States embassy in Berlin, Germany, Wednesday, Nov. 4, 2020. (Photo/Markus Schreiber)

Meanwhile, Russians interviewed on the street had colorful views of it all.

Natalya Kivina, a senior citizen, was dismissive of Biden.

"I believe Trump would be better for Russia, it would be calmer,” she said. “Biden is a grandfather having dementia. I don't know what it will look like."

Muscovite Sergey Kootukhov was also for Trump, saying, "Biden is closer to Ukraine, since we have some things happening with Ukraine, I think Trump would be closer to us."

The Kremlin spokesman added that ongoing uncertainty about the result of the vote could be harmful to the global economy.

So far the one who really matters in Russia, President Vladimir Putin, has not weighed in.  Stay tuned.

Amy Kellogg currently serves as a correspondent based in Milan. She joined FOX News Channel (FNC) in 1999 as a Moscow-based correspondent. Follow her on Twitter: @amykelloggfox