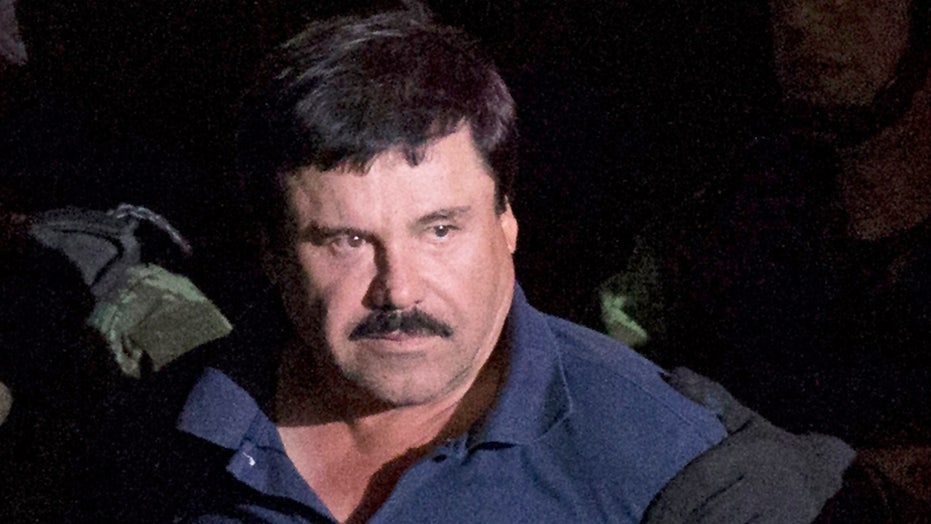 Convicted drug lord Joaquin "El Chapo" Guzman, who twice pulled off brazen jailbreaks and is fighting to avoid extradition to the United States, was abruptly transferred to a prison in northern Mexico near the Texas border early Saturday.

Lawyers for Guzman, who was recaptured in January, have filed multiple appeals against their client being sent to the U.S., and Mexican officials have said it could take as long as a year to reach a final ruling. There was no immediate indication that the transfer could be a sign that the process is nearing conclusion.

Mexican government officials said the Sinaloa cartel boss was moved from the maximum-security Altiplano lockup near Mexico City to the Cefereso No. 9 prison in Ciudad Juarez, which is across from El Paso, Texas. The Interior Department said the move was due to work being done to reinforce security at Altiplano.

Mexico's National Security Commission said in a statement that the transfer was in line with security protocols, and it has rotated more than 7,400 inmates nationwide as part of a strategy implemented last September.

Michael Vigil, the former head of international operations for the U.S. Drug Enforcement Administration, said Guzman was moved because of security concerns. Vigil, who said he had been briefed by Mexican officials, did not specify those concerns or say whether Mexican officials had information about possible new escape plots. He also did not specify the officials with whom he spoke.

The Life of the Illusive El Chapo | Graphiq

Jose Refugio Rodriguez, an attorney for Guzman, said defense lawyers had not been notified beforehand and one of them was traveling to Juarez to try to meet with their client.

"I don't know what the strategy is," Refugio told The Associated Press. "I can't say what the government is thinking."

He confirmed that Guzman's lawyers are still trying to block extradition.

Mexican security analyst Alejandro Hope called it plausible that Guzman was moved due to upgrades being done at Altiplano, but said officials also may have feared the possibility of another jailbreak attempt.

"The more he remains at a single prison, in a single cell, the more the chances that he will rebuild the conditions that led to his escape," Hope said. "So this also might be a deliberate attempt to destabilize any such plans."

Hope doubted the decision had anything to do with preparations for extradition, noting that it would be just as easy to put Guzman on a plane in Mexico City as in Juarez. He added that the Cefereso No. 9 is one of Mexico's newest prisons, constructed within the last five years or so.

"The surrounding environment is risky because 'El Chapo' certainly has a lot of people in Ciudad Juarez, so it seems like a relatively odd choice," Hope said. "Probably the other alternatives were not any better, whatever their objective was."

A U.S. Customs and Border Protection spokesman in El Paso, Texas, referred inquiries to U.S. Immigration and Customs Enforcement, which did not immediately respond to telephone and email messages. Messages left with representatives of the U.S. Attorney's Office and the U.S. Marshals Service in El Paso also were not returned immediately. The U.S. Justice Department declined to comment.

"El Chapo" first broke out of a Mexican prison in 2001. He was recaptured in 2014, only to escape the Altiplano lockup the following year through a mile-long tunnel dug to the floor of the shower stall in his cell.

Mexican marines re-arrested him in the western state of Sinaloa in January, after he fled a safe house through a storm drain.

He was returned to Altiplano, where officials beefed up his security regimen. Guzman was placed under constant observation from a ceiling camera with no blind spots, and the floors of top-security cells were reinforced with metal bars and a 16-inch (40-centimeter) layer of concrete.