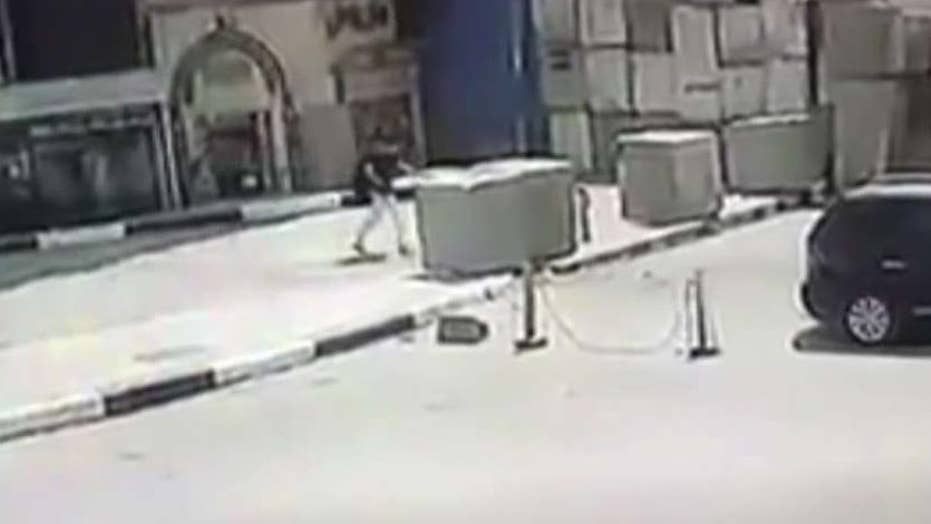 Authorities say the suspect embraced an 'extremist ideology' and intended to carry out a hostile attack on the U.S. embassy in Cairo.

An Egyptian man was arrested Tuesday outside the U.S. Embassy in Egypt after chemicals in his backpack caught fire, an episode authorities labeled a botched attack.

The man, Abdullah Ayman Abdel-Sameea, 24, had a backpack full of flammable chemicals outside the embassy, in the Garden City neighborhood of the capital city, Cairo, the Interior Ministry said.

Abdullah Ayman Abdel-Sameea, 24, had a backpack full of flammable chemicals outside the embassy, according to the Interior Ministry. (Adel el-Adawy via AP)

Abdel-Sameesa allegedly embraced “extremist” ideology and, according to the ministry, he planned to use the materials as part of a “hostile” act. No one was harmed, however.

The U.S. Embassy tweeted Tuesday that officials there were “aware of a reported incident on Simon Bolivar Street in Cairo,” and advised Americans to stay away from the embassy. In a subsequent tweet, embassy officials said police had finished their investigation and normal business operations had resumed.

The area around the embassy, which is next to its British counterpart, is heavily policed, and has concrete barriers blocking traffic.