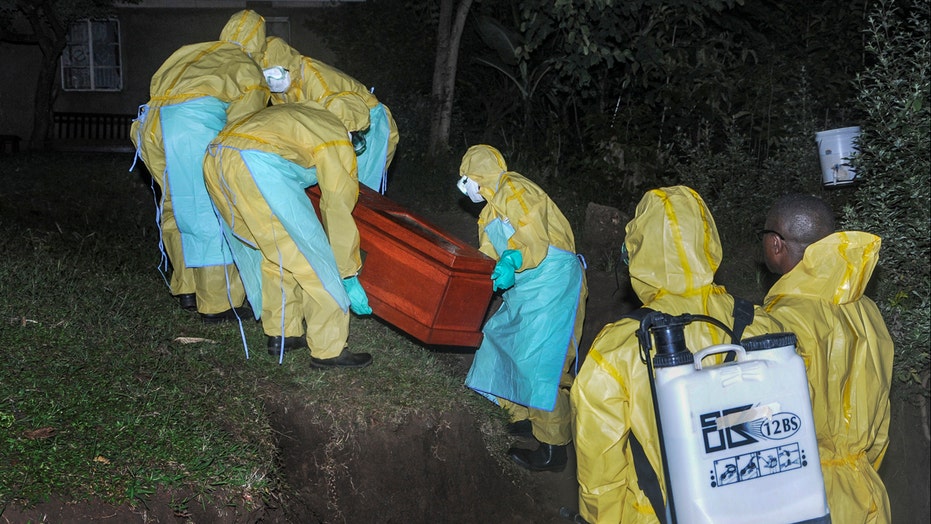 The threat of the second deadliest Ebola outbreak continues to grow in central Africa as more than 300,000 people have fled the Congo since early June because of ethnic clashes, reports say.

The Congolese are fleeing after a violent week left at least 161 people dead in the northeastern province of Ituri as clashes between farming and herding communities reached a climax, Reuters reported Monday citing local officials.

“Violence in northeastern parts of the Democratic Republic of Congo is reported to have displaced more than 300,000 since early June. The situation in Ituri province has deteriorated since the middle of last week, with multiple attacks involving the Hema and Lendu groups,” U.N. refugee agency spokesman Babar Baloch said at a news briefing.

Health officials fear that reports of killings, kidnappings and sexual violence could prompt even more people to leave the Congo - including those who might be carrying the Ebola virus.

People coming from Congo have their temperature measured to screen for symptoms of Ebola, at the Mpondwe border crossing with Congo, in western Uganda Friday, June 14, 2019. (AP Photo/Ronald Kabuubi)

Just last week, two people in Uganda, a 50-year-old woman and her 5-year-old grandson, died from the highly contagious disease after they traveled to the Congo to visit their grandfather who was ill. Health officials believe he died of Ebola and that those who visited him also contracted the virus.

While some of the members of the group traveling back to Uganda were stopped at the border after they were already showing symptoms of the disease, six family members managed to slip across the border.

The Mpondwe border post between the Congo and Uganda is monitored for 12 hours a day beginning at 7:00 a.m. but after dark, people reportedly walk along narrow dirt paths to cross between the two counties.

It is believed that the first reported victims in Uganda used these paths.

Workers wearing protective clothing bury Agnes Mbambu who died of Ebola, the 50-year-old grandmother of the 5-year-old boy who became Ebola's first cross-border victim, in the village of Karambi, near the border with Congo, in western Uganda Thursday, June 13, 2019. (AP Photo/Ronald Kabuubi)

"This border is very porous," James Mwanga, a Ugandan police officer in charge of the Mpondwe border post, told The Associated Press. "You will not know who has passed if the person went through the unofficial border posts, in most cases. Now there is anxiety and so on. We have heightened our alertness."

The current Ebola outbreak is the second deadliest following the 2014-2016 epidemic where more than 11,000 people died after contracting the disease.

According to the latest figures from the World Health Organization, there have been over 2,074 confirmed cases in the Congo and over 1,355 confirmed deaths. The latest situation report showed that 212 cases alone were confirmed in a 21-day period.