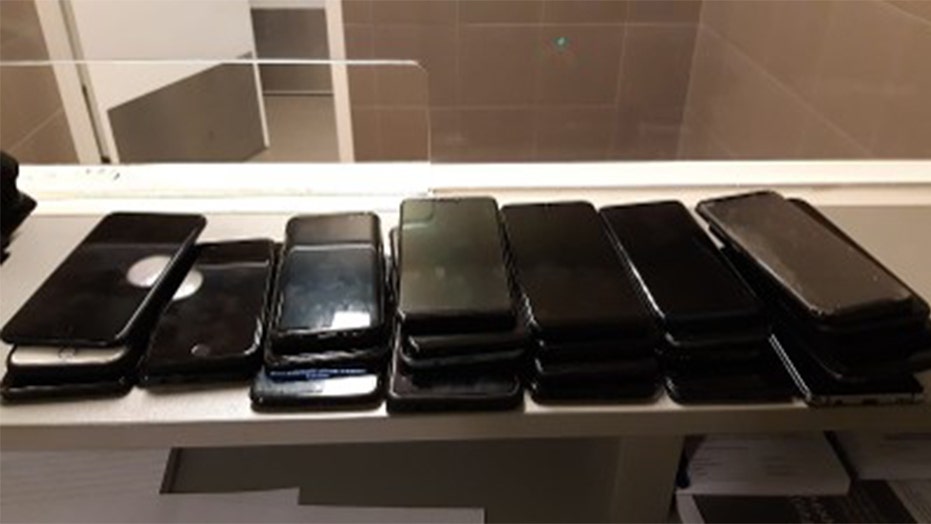 This probably wasn’t the best disguise for a pickpocket to be wearing.

A 34-year-old Romanian man was taken into custody at a concert in Amsterdam after 30 cell phones were found stuffed inside his tight-fitting cycling shorts, Dutch police say.

The stacks of phones were found inside the suspect's cycling shorts, Dutch police say. (Politie.nl)

The man was busted last Tuesday after concertgoers at a Sum 41 show reported their mobile devices being stolen. Police say they worked with the venue’s security guards to close off the facility’s exits and then arrested the man based on descriptions provided by victims in the crowd.

The form-fitting cycling shorts the suspect is accused of trying to hide the phones in. (Politie.nl)

Investigators added that there already were more police at the concert to begin with after 50 phones were stolen at one of the rock band’s shows in Belgium the week before.

The suspect in the Amsterdam arrest is set to appear before a judge later this week, police say.