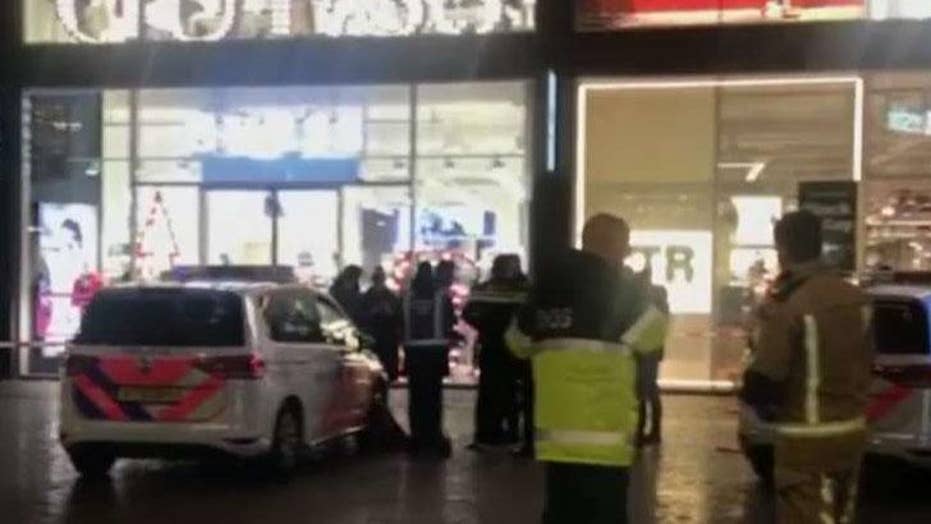 Police arrest suspect in stabbing attack in The Hague

A 35-year-old homeless man was arrested in connection with the stabbing attack on a busy shopping street in The Hague, Netherlands.

Dutch police have arrested a homeless man and brought him in for questioning, suspecting that he was behind the stabbing of three teens in The Hague, Netherlands, during Black Friday shopping.

Dutch police haven't released the 35-year-old man's identity, and the motive for the stabbing remains unknown.

“We are keeping all scenarios open,” a statement from police said.

The stabbing occurred around 7:45 p.m. in an area teeming with shoppers and close to the city’s most popular nightlife centers.

The three victims -- two 15-year-old girls and a 13-year-old boy -- have spoken to detectives and were released from the hospital late Friday. Police said in a statement that the teens didn’t know one another.

The attack in the Netherlands came hours after a man wearing a fake explosive vest stabbed several people in London, killing two before he was fatally shot by officers. Police are treating the London Bridge attack as a terrorist act.

The Netherlands was shocked by a similar stabbing in Amsterdam a year ago, when two Americans were wounded in a knife attack that prosecutors say had a “terrorist motive.”

Meanwhile, in London on Friday, witnesses said they saw a man with a knife being wrestled to the ground by members of the public on the bridge before officers shot him dead.

Video images showed people spraying the fleeing suspect with a fire extinguisher, while another passer-by held what appeared to be a long white stick. Witness Amy Coop, who was at the Fishmongers’ Hall, said it was a narwhal tusk the man had grabbed from a wall before going to confront the attacker.

Khan was attending a program that works to educate prisoners when he launched the attack, killing a man and a woman and injuring three others just yards from the site of a deadly 2017 van and knife rampage.