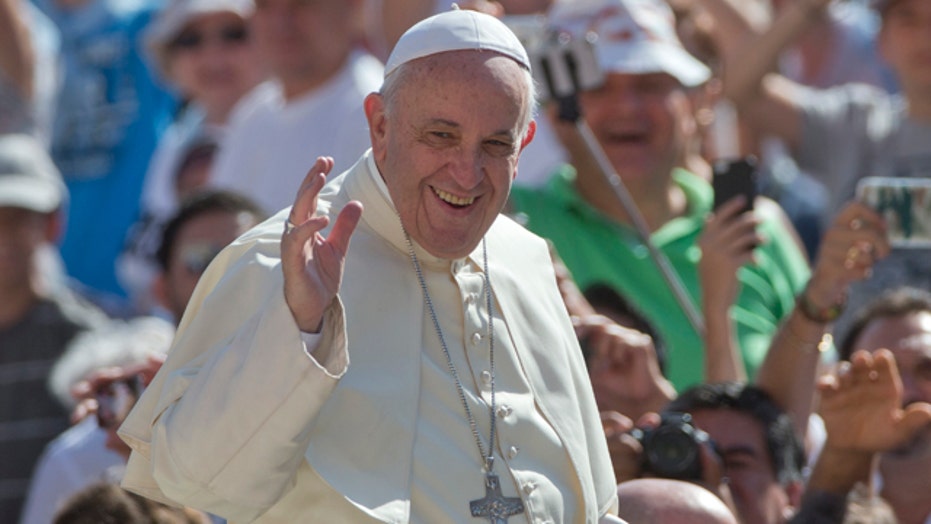 Pope Francis to allow priests to absolve 'sin of abortion'

VATICAN CITY – Pope Francis is applying his vision of a merciful church to women who have had abortions, saying Tuesday he realizes some feel they had no choice and making their path toward forgiveness simpler.

In a letter published by the Holy See, Francis said he was allowing all rank-and-file priests to grant absolution during the Year of Mercy he has proclaimed, which runs Dec. 8, 2015 until Nov. 20, 2016.

The church views abortion as such a grave sin that it put the matter of granting forgiveness for an abortion in the hands of a bishop, who could either hear the woman's confession himself or delegate that to a priest who is expert in such situations.

Essentially Francis has made it possible for women to bypass this formalized process in the approaching special Year of Mercy while putting the stress on "contrite" hearts.

In a statement after the pope's letter, the Vatican made clear that "forgiveness of the sin of abortion does not condone abortion nor minimize its grave effects. The newness is clearly Pope Francis' pastoral approach."

In the United States, many bishops already allow priests to absolve women who have had abortions, while in other dioceses, bishops have reserved the decision for themselves, said the Rev. James Martin, editor-at-large of the Jesuit magazine America.

New York Cardinal Timothy Dolan, who will be hosting Francis in the city later this month during the papal U.S. pilgrimage, noted that priests in his diocese have had the authority to forgive the sin of abortion for about three decades.

The pope's directive on Tuesday "reminds priests of the need for mercy, and it also takes a very pastoral tone toward woman who have had an abortion," Martin said.

Francis made clear he isn't downplaying the gravity of abortion, which the church essentially views as equivalent to murder. But he emphasized that abortion is an intensely personal, often anguished choice for women.

"The tragedy of abortion is experienced by some with a superficial awareness, as if not realizing the extreme harm that such an act entails," Francis wrote. "Many others on the other hand, although experiencing this moment as a defeat, believe that they have no other option."

Francis drew on decades of pastoral experience with faithful in his native Argentina, including as Buenos Aires archbishop.

"I have met so many women who bear in their heart the scar of this agonizing and painful decision," the pope wrote.

"I am well aware of the pressure that led them to this decision," Francis said. "I know that it is an existential and moral ordeal."

"The forgiveness of God cannot be denied to one who has repented, especially when that person approaches the Sacrament of Confession with a sincere heart in order to obtain reconciliation with the Father," the pope said.

That is why he has decided to concede to all priests "the discretion to absolve of the sin of abortion those who have procured it and who, with contrite heart, seek forgiveness for it," Francis said.

His words found welcome on his home continent.

In Brazil, which counts more Catholics than any other nation and where abortion is permitted only when a woman's life is endangered, polls routinely show well over two-thirds of Brazilians think their abortion laws should stay strict.

But Renata Maia, a 36-year-old mother of two, welcomed the pope's move as she walked up the steps of a church in Rio de Janeiro.

"While I'm against taking a life, I also know that women who have had abortions need forgiveness," Maia said.

Rosangela Talib, a coordinator at the Sao Paulo-based group Catholics for the Right to Decide, welcomed the development, but said "it would be far more important if it didn't have an expiration date," she said. "It should be permanent, not just during the Year of Mercy."

Jessica Gonzalez-Rojas, executive director of an abortion rights organization, National Latina Institute for Reproductive Health, based in New York, called it significant the pope "recognizes the need to talk about abortion." But she said Francis' statement perpetuates the idea that women who have an abortion should be ashamed.

"We reject any attempt to impose judgment or shame on someone based on deeply personal decisions about health, pregnancy and whether to become a parent," Gonzalez-Rojas said.

Maureen Tilley, a theologian at Fordham University, noted that under some circumstances, a woman who has had an abortion is automatically excommunicated, if she wasn't under coercion or suffering from a psychological problem that affected her decision-making.

To be readmitted to the church, it's customary for the woman to be asked to perform some penance, such as making a pilgrimage, along with seeking absolution.

Some 30 million faithful are expected to come to Rome on Year of Mercy pilgrimages.

"We haven't seen any doctrinal changes, but by emphasizing mercy, Francis can affect the way people see the Church," University of Notre Dame theology professor Candida Moss, said in an emailed comment. "And a change in tone can, in this case, amount to a change in character."

Almost lost in the intense attention over the pope's comments on abortion was Francis' reaching out to a schismatic group of ultra-conservative, traditionalist Catholics, as he is determined to stress what unites instead of what divides.

Francis wrote that priests of a breakaway group, the Fraternity of St. Pius X, can also absolve faithful of their sins in this special time.

"This Year of Mercy excludes no one," Francis said, expressing hope that "near-future solutions" may bring full community with the group's priests and superiors. Those who approach these priests in the Holy Year "shall validly and licitly receive the absolution of their sins," Francis said.

Theology professor Moss described the pope's weighing in on such diverse issues as abortion and the breakaway ultra-conservative group as typical of a "one-two, liberal-conservative punch for Francis."