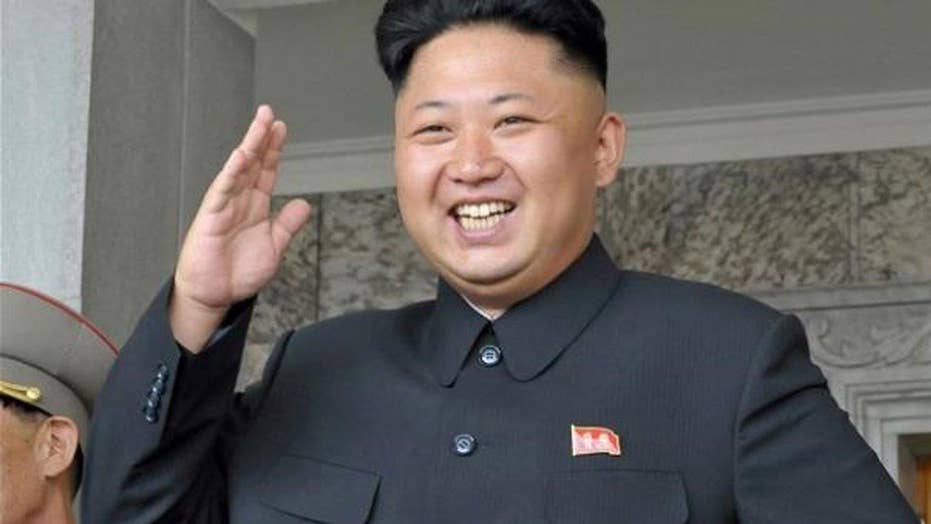 Kim Jong Un is not a happy drunk.

The ruthless North Korean dictator overindulged on spirits this September when he ordered several top military vets to write apology and self-criticism letters, according to a Japanese media report.

“That none of you were able to produce not even one military satellite is a misconduct that is commensurate to treason,” the sauced despot allegedly told his country’s top military brass during an all-night reprimand.

But the next morning, the tyrant was no longer inebriated and asked why the elderly officials were at his villa, apparently having no memory of his tanked-up tirade, UPI reported.

“Why are you gathered here?” Kim allegedly said, adding: “Be careful about your health because you are all old.”

With that, the military men began crying – a reaction which pleased Kim, according to the account of the strange session.

“They were relieved because they thought they were going to be purged,” a source told Tokyo Shimbun. "Everyone is showing loyalty out of fear of being executed and no one dares speak against Kim."

Under Kim Jong Un, who rose to power following his father's death in 2011, North Korea has seen steady progress in its nuclear and missile programs, including two nuclear tests this year.

North Korea is now "fully equipped with nuclear attack capability," Kim announced proudly after the August launch of a submarine-launched missile. He was exaggerating, but the strings of tests indicate that North Korea may have medium-range missiles capable of striking American military bases in the Pacific in the next couple years, experts say. Some analysts have said they believe Pyongyang may be able to hit the western United States as early as 2020.

South Korean defense officials say North Korea doesn't yet have such a weapon, but some civilian experts have said they believe the North has the technology to mount warheads on shorter-range Rodong and Scud missiles that can strike South Korea and Japan.

"I think that they're struggling with getting the (intercontinental ballistic missile) program up and operational," U.S. Gen. Vincent Brooks, the head of U.S. forces in Korea, said in Senate hearings earlier this year. But "over time, I believe we're going to see them acquire these capabilities if they're not stopped."