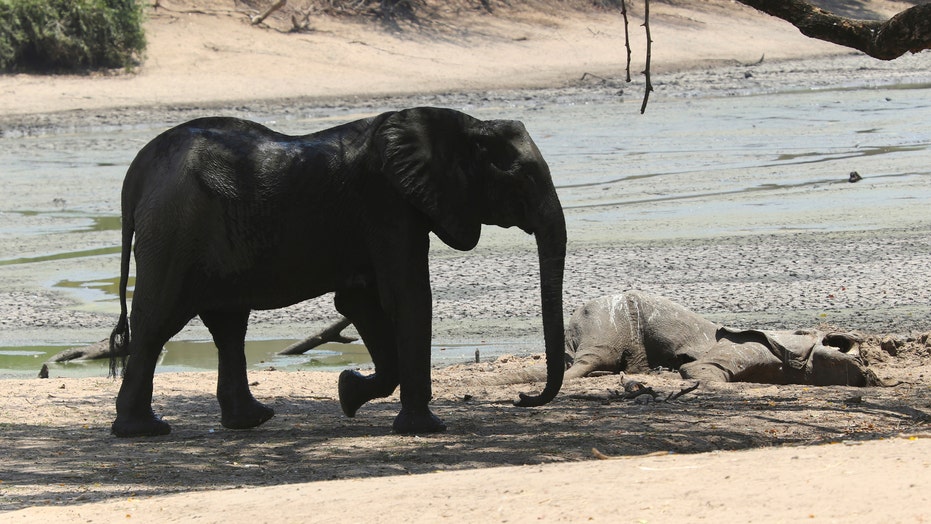 Sub-Saharan Africa is facing its worst drought in decades, leaving 45 million people threatened with hunger, according to United Nations estimates.

Emergency food deliveries are planned for regions of South Africa, Zambia, Zimbabwe and other nations hit with a deadly combination of low rainfall and high temperatures.

“We’ve had the worst drought in 35 years in central and western areas during the growing season,” said Margaret Malu, the World Food Program acting regional director for southern Africa. While the U.N. estimates that 45 million people will be “severely food insecure” over the next six months, 11 million currently face “crisis” or “emergency” levels of food insecurity in nine countries: Angola, Zimbabwe, Mozambique, Zambia, Madagascar, Malawi, Namibia, Eswatini and Lesotho.

A sun-baked pool that used to be a perennial water supply is seen in Mana Pools National Park, Zimbabwe. (AP Photo/Tsvangirayi Mukwazhi)

Southern Africa has received normal levels of rainfall in just one out of the past five growing seasons, which has particularly affected small-scale farmers who depend on rain for their crops. Back-to-back cyclones and flooding have also wreaked havoc on the already-devastated harvests.

The U.S. Agency for International Development (USAID) is investing $70 million in agricultural biotechnology initiatives to address hunger across the world, according to Forbes.

The droughts are also taking their toll on the region’s wildlife. At least 105 elephants have died in Zimbabwe‘s wildlife reserves over the last two months due to lack of water and vegetation, according to Zimbabwe’s national parks. Zimbabwe and neighboring Botswana have the two highest elephant populations in the world: 85,000 and 130,000 respectively.

An elephant walks next to a carcass of another elephant in an almost dry pool in Mana Pools National Park, Zimbabwe.  (AP Photo/Tsvangirayi Mukwazhi)

RUSSIA BUILDING NEW EMPIRE IN AFRICA: 'THE UNITED STATES SHOULD BE HUGELY CONCERNED'

Some desperate animals are encroaching on nearby communities in search of food and water.

"The successive mixture of drought and flooding has been catastrophic for many communities. In most of the affected areas there isn't enough drinking water, which means that people and animals — both livestock and wildlife — are having to use the same water points," said Kaitano Chungu, Secretary General of the Zambia Red Cross.

"This is unacceptable as it exposes people to diseases and creates a heightened risk of animal attacks."

Poverty-stricken Zimbabwe may not be able to care for the influx of wild elephants and the country is pushing to be allowed to sell its stockpile of ivory despite a global ban, as well as export live elephants to raise money for conservation and ease congestion in the drought-affected parks.