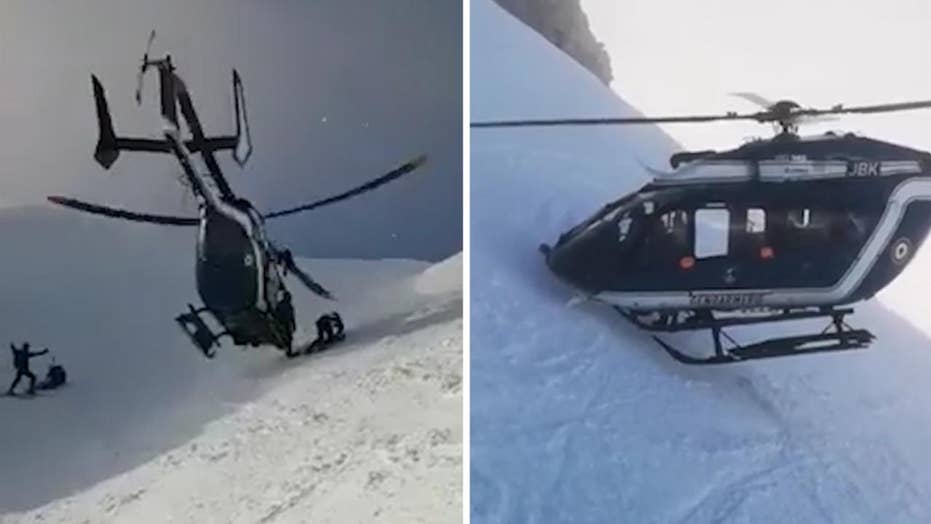 Raw video: Pilot shows off spectacular precision during mountain rescue of an injured skier from the Pass of Anterne in Passy, France, maneuvering the helicopter's rotor blades within inches from the mountainside.

An incredible video of an injured skier's rescue in the French Alps is the only resume one helicopter pilot will likely ever need, with the footage showcasing the pro's awe-inspiring landing skills during the daring mission.

Nicolas Derely wrote in a Facebook post that he was with his family skiing on Jan. 2 when his son’s friend injured his knee. He wrote that he was thankful he had enough cell service to call emergency personnel, which set out to rescue the skier from the Pass of Anterne in Passy, France.

Derely posted the video of the helicopter’s “incredible act of precision” as the chopper landed on the side of the mountainside.

The video showed an official jumping out of the chopper to assist the injured skier. First aid was rendered and the helicopter came back a second time to take the injured skier to a hospital in Chamonix, Global News reported.