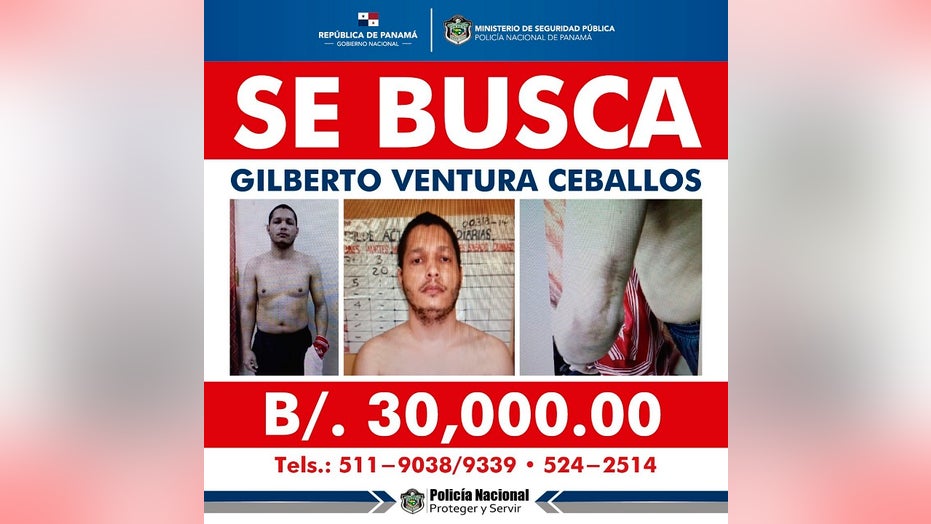 A Dominican man convicted of kidnapping and murdering five university students nearly a decade ago has escaped from a Panamanian prison for the second time, authorities said Tuesday.

The Ministry of Public Security said a search was underway to capture Gilberto Ventura Ceballos, who is blamed for one of the country's worst crimes. A $30,000 reward is being offered for information on his capture.

Authorities have not said when Ventura Ceballos escaped from the Mega Joya prison, which sits outside Panama City. The lockup is the same institution where 15 inmates were killed last year during gunfire between jailed members of the same gang.

Authorities suspect he was helped by prison officers.

“There are signs registered by the prison’s security cameras that there was participation by police officers assigned to security in the penitentiary,” the ministry said in a statement.

Ventura Ceballos was serving a 50-year sentence for the abduction and killing of five university students of Chinese descent. He was sentenced in July 2018 with a fellow Dominican accomplice.

The victims were found buried beneath the floor of a home in the Panama City suburb of La Chorrera. Authorities said Ventura Ceballos and his cohort collected nearly a quarter-million dollars in ransom payments from the victims' relatives.

He previously escaped from the prison in December 2016 and was later recaptured in Costa Rica where he was living under a false name.

"We are so disappointed,” said Judith Chen, whose daughter was one of the victims, on Tuesday. “This man has the number of Panama’s security institutions. He comes and goes when he pleases. ... How did he get out? Who helped him? How much money does this man have and from where did he get it?”