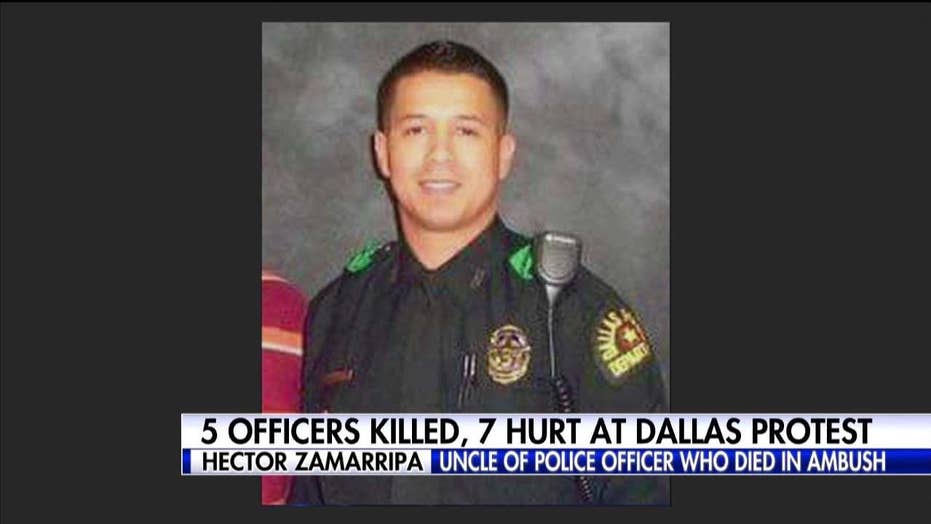 In one of America’s worst mass police shootings on Thursday, officer Patrick Zamarripa, 32, lost his life at the hands of a sniper.

Zamarripa served three tours of duty in Iraq, joining the Navy after high school. Five years ago, he joined the Dallas Police Department.

His father, Rick Zamarripa, told the Washington Post that his son just liked to help people.

Zamarripa's father said he was watching television Thursday evening when the news broke about sniper fire at peaceful protests in downtown Dallas. He called his son to check on him, as he had many times before, understanding that his son’s job had it’s dangers, he told the newspaper.

When he got no response, he contacted his daughter-in-law, Kristy Villasenor, who was at a Texas Rangers game his 2-year-old granddaughter, Lyncoln.

Eventually, both Rick and Kristy were notified to go to the hospital. Rick was the first to arrive.

According to the Post, Rick asked an officer how his son was.

“He wouldn’t tell me,” the elder Zamarripa said. “He had that look on his face. I knew.”

Patrick Zamarripa was declared dead at Parkland Hospital in the early morning hours of Friday. "I'm still at the hospital," his father posted to Facebook, "to see him be moved to the medical examiner's office. Need prayers to get through this."