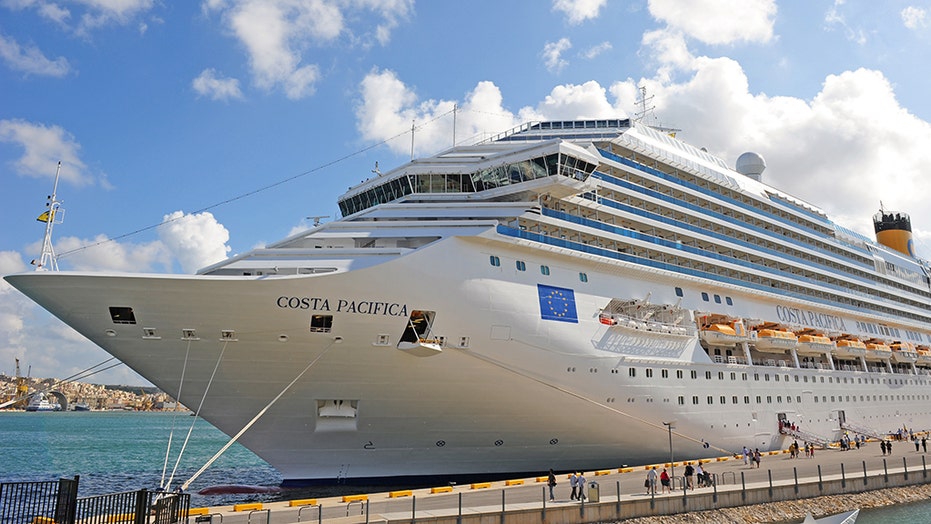 An Italian cruise line Tuesday confirmed the death of a 75-year-old passenger who jumped from the eighth-floor balcony of their cabin aboard the Costa Cruise ship Costa Pacifica following a major search-and-rescue operation to recover the body.

A company spokesperson said crew members were alerted by a witness who allegedly saw the unnamed passenger "voluntarily jump from the balcony of their cabin" at approximately 10:45 p.m. on Oct. 10.

Officials have thus far declined to release personal information about the victim. Newsweek reported that the cruise line said the victim was a woman.

In a statement released earlier Wednesday, the cruise line reported the ship was sailing between Funchal and Malaga off the Portugal coast when the incident occurred.

A 75-year-old unidentified Costa Cruise line passenger aboard the Costa Pacifica was killed on Oct. 10 when she was seen by a witness jumping off the eighth-floor balcony of the ship. (istock)

The captain, the statement said, immediately reversed the ship and began a search of the location. In addition, local search and rescue personnel and two helicopters were activated.

The body of the missing woman was later retrieved in Gulf of Cadiz at around 9 a.m. on Friday, the NATO Allied Maritime Command confirmed in a statement.

German cruise ship news outlet Schiffe und Kreuzfahrten reported the crew of Costa Pacifica searched for the missing person until 2 a.m. but called the operation off because of an unrelated medical emergency.

On Twitter, the Maritime Safety and Rescue Society, known locally as Salvamento Marítimo, said a rescue tug boat Maria Zambrano recovered the body and took the remains to Algeciras.

Last month, a 35-year-old crew member of the Royal Caribbean cruise ship Rhapsody of the Seas died after going overboard while the liner was docked in Croatia.

The Costa Cruises statement offered condolences to the family and said the family is “in our thoughts and prayers.”