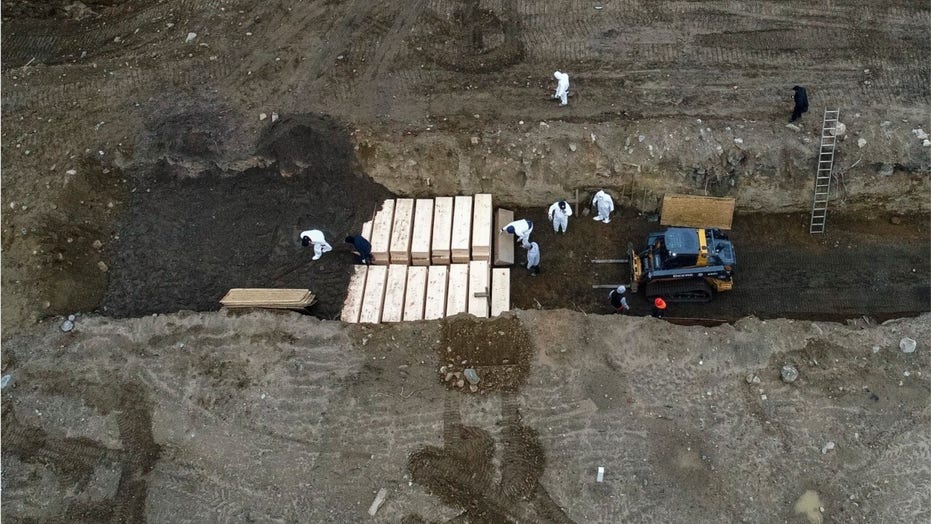 The coronavirus death toll in New York City has forced officials to ramp up burial operations at its public cemetery. New aerial images show 40 caskets lined up for burial at Hart Island in the city's Bronx borough.

The worldwide death toll from coronavirus passed 100,000 Friday, according to a running tally kept by Johns Hopkins University, while the number of those infected topped 1.6 million.

On Good Friday, around the world, health officials and religious leaders warned people against violating lockdown and social distancing rules over the Easter weekend. Some churches held services online, while others were preparing for prayers at drive-in theaters.

New York state reported 777 new deaths, down slightly from the day before, for an overall toll of more than 7,800.

The state reported a negative number in ICU admissions for the first time during “this intense journey,” Gov. Andrew Cuomo announced, explaining how there are 17 less people in intensive care statewide than the previous day.

“We are cautiously optimistic we are slowing the infection rate,” he added.

Cuomo said if the trend holds, New York might not need the overflow field hospitals that officials have been scrambling to construct. 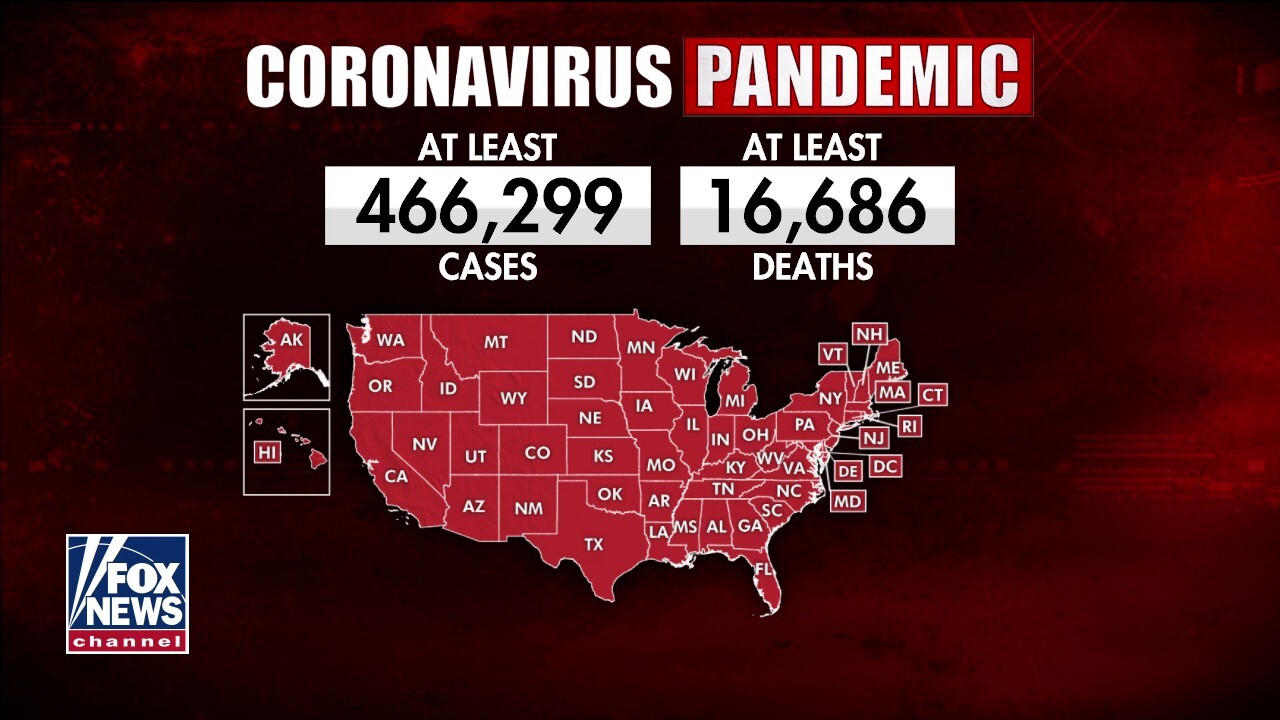 “There is a light at the end of the tunnel,” said Dr. Jolion McGreevy, medical director of Mount Sinai Hospital’s emergency department. “It’s getting better, but it’s not like it’s going to just drop off overnight. I think it’s going to continue to slowly decline over the next weeks and months.”

CORONAVIRUS: US GIVES 10 TIMES THE AMOUNT OF MONEY TO WHO THAN CHINA

Meanwhile in Europe, Spain has eased some restrictions. After a two-week shutdown on all non-essential activity, factories and construction sites resumed work, although schools, most shops and offices will stay shut. Spain has lost more than 15,800 lives, although the 605 announced Friday were the lowest in more than two weeks.

Italy reported 570 additional deaths for a running total of more than 18,800 — the highest of any country — but said the number of hospital admissions is falling along with the number of patients in intensive care.

Britain however, recorded 980 new deaths, its highest daily total, for close to 9,000 in all.

Prime Minister Boris Johnson was moved out of intensive care on Thursday after spending three nights there being treated for the virus.