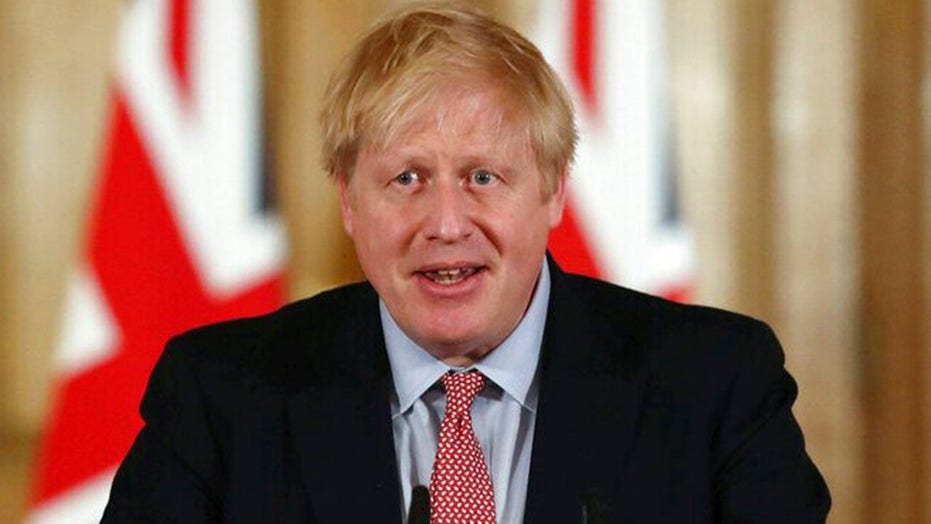 U.K. Prime Minister Boris Johnson has been moved out of the intensive care unit of a London hospital where he has battled coronavirus, a spokesman for the prime minister said Thursday.

“The Prime Minister has been moved this evening from intensive care back to the ward, where he will receive close monitoring during the early phase of his recovery,” the spokesman said. “He is in extremely good spirits."

Johnson told the public on March 27 that he tested positive for the virus and that he had "mild symptoms," but he kept working in self-isolation -- appearing at the doors of 10 Downing Street to applaud the National Health Service in the evening. He kept briefing the public in daily videos.

On Friday, he said that was extending his isolation as he was still suffering from symptoms of the contagious virus.

"Although I'm feeling better and I've done my seven days of isolation, alas I still have one of the symptoms, a minor symptom,” he said on a video message posted to Twitter.

But he was admitted to a hospital on Sunday because of worsening coronavirus symptoms and on Monday moved into intensive care. Downing Street said throughout his spell in the hospital that Johnson was “in good spirits,” and assured the public that he was conscious and not on a ventilator -- although he was receiving oxygen assistance.

Johnson's move had raised questions and concerns about how the British government would run, especially considering that the line of succession is not explicitly set out in the unwritten British constitution.

Foreign Secretary Dominic Raab had been deputized "where necessary" in Johnson’s absence and was conducting daily cabinet meetings as well as daily government briefings to the public in Johnson's place.

The Daily Telegraph reported that Downing Street foresaw a possible constitutional dilemma and started drawing up a "designated successor" plan with Raab picked as first successor.

Britain has put in place a strict, police-enforced lockdown across the country -- limiting Brits to only short trips out for exercise and necessities.